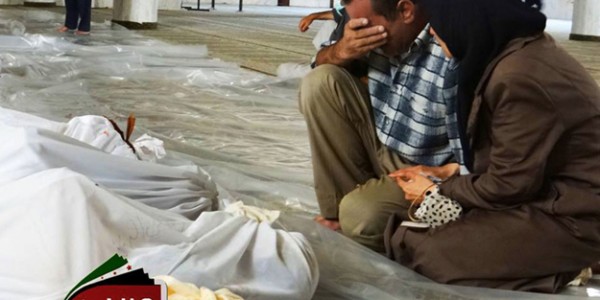 Syrian forces bomb area of alleged chemical attack (AFP) / 22 August 2013 Syrian activists say President Bashar Assad’s forces are pressing on with a military offensive in the rebel-held eastern Damascus suburbs where the opposition says a chemical weapons attack killed over 100 people. The Britain-based Syrian Observatory for Human Rights says it had no word on casualties in Thursday’s bombing of eastern Ghouta. The government has denied as “absolutely baseless” allegations it used chemical weapons in artillery barrages there on Wednesday. The US, Britain and France have demanded that a team of UN experts already in the country be granted immediate access to investigate the site. Opposition figures and activists have reported widely varying death tolls, from 136 to as high as 1,300. But even the most conservative tally would make it the deadliest alleged chemical attack in Syria’s civil war.     Taylor Scott International