Should We Be Looking At The Latin American Property Market? 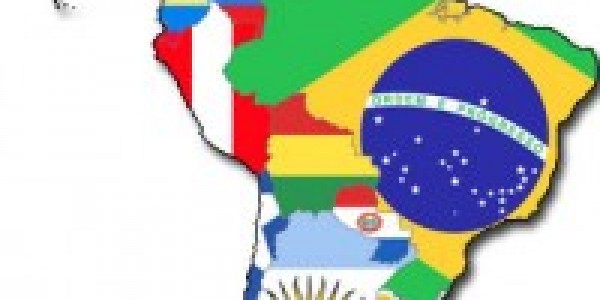 by MARK BENSON on AUGUST 18, 2013 Should we be looking at the Latin American property market? For many years the Latin American economy was seen as something of a basket case with the likes of Brazil, Argentina and an array of other economies struggling to survive. Indeed just prior to the turn-of-the-century Brazil was on the verge of collapse and required an IMF emergency loan to survive although incidentally this loan was repaid early as the Brazilian economy bounced quicker than many had expected. There is therefore an interesting opportunity in Latin America where property is now in great demand especially amongst the growing middle classes. If you take a look at Latin America through clear glasses with no stigma and no predetermined views, the economy in the region is exceptionally strong compared to the likes of Europe, the Far East and North America. Indeed while economic growth was recently downgraded slightly by HSBC it is still far and away above that expected in other areas of the world. So, should we be looking towards Latin America for property investment? The growing middle classes It is interesting to see that countries such as Brazil and Mexico tend to grab the lion’s share of the economic headlines relating to Latin America. While there is no doubt these two particular economies are very influential it is worth noting that Costa Rica, for one, is attracting more than its fair share of interest with a recent $10 million partnership announced to develop a range of middle income residential units. Quote from PropertyForum.com : “Can a foreigner own property in Costa Rica? The answer to the question is Yes. Anybody can own property in Costa Rica. You have the same right as a Costa Rican!” The investment by Paladin Realty Partners is just one of many in the region which have caught the eye of international investors. Indeed this particular investor now has exposure to 3 similar joint ventures to build in excess of 1700 housing units. These particular developments are focused upon the growing middle class of Costa Rica and the fact they now have more disposable income than ever before due to ongoing economic growth. Long-term economic growth Historically inflation has eaten away at much of the long-term economic growth we have seen in Latin America although inflation is now under control, the vast majority of economies are far outperforming their North American, European Far East and counterparts and the financial situation is more stable than it ever has been. If we also take a look at the political arena we will see that while there have been instances of unrest, most notably in Brazil over the last few weeks, on the whole the political situation across Latin America has improved. While it will be foolish to suggest that the political arena could not suddenly become more volatile the fact is that with overseas investment at record levels, unemployment falling and more disposable income for many in the region, there would be no benefit in rocking the economic boat. Conclusion Very often we tend to focus upon North America, Europe and the Far East with regards to long-term property investments when in fact the situation in Latin America certainly demands some attention. The region we see today is very different to that of 20 years ago and while often seen as something of a “financial basket case” in years gone by, we are now in a whole new era. You will still need to be selective about the countries, the areas and the type of properties you consider, many experts believe that this region of the world is set for sustained economic growth for some time to come. Taylor Scott International