Researchers Focus On Switchgrass As A Renewable Fuel Source 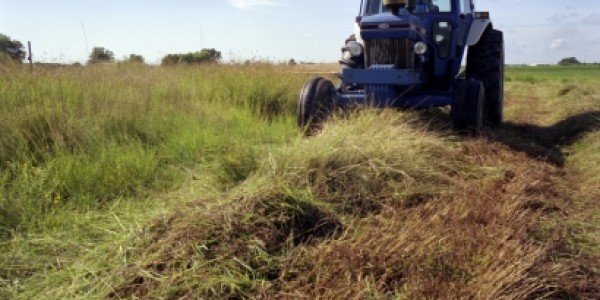 Robin WhitlockTuesday, 10 September 2013 Fungi and bacteria could be made to act on switchgrass in order to reduce the cost of ethanol production for biofuel A research team from Clemson University in South Carolina is looking at switchgrass as a potential source of renewable biofuel, examining in particular the action of fungi and bacteria as a means of releasing vital carbohydrates, such as cellulose and xylan, that can then be used to make biofuel. Most plant-based ethanol derives from sugar and starch in corn and sugarcane since the process of producing fuel from biomass, the waste material from vegetation, is still too costly to be competitive with fossil fuels. In part this is because of the process of releasing cellulose and xylan from lignin, which binds cells and structures in woody plants. The removal of lignin is often an important pretreatment step in biofuel production which subsequently enables microbes to convert cellulose and xylan to glucose and xylose which are then fermented in order to obtain alcohol-based biofuel. The Clemson University team is engaged in studying how to free up carbohydrates in switchgrass and waste paper and microbiologist Mike Henson is looking at the bacteria and fungi that can break down the carbohydrates and xylans in order to release the plant sugars. The project, if successful, will help the environment, particularly with regard to improving atmospheric conditions, and promote a sustainable bio-economy based on renewable energy. “It’s not going to be just one organism or just one enzyme,” said Henson. The fungi and the bacteria work additively as a community. The enzyme will be more like an “enzyme cocktail.” Henson’s task involves working out how to trigger enzymes in a particular order so that each enzyme performs its function at a particular time, but in order to do that he has to find the right enzymes first. This process consists of four stages. First, the enzyme and keyed-to molecule have to find each other and then the enzyme should link to the molecule at a specific location termed the “active site. This produces catalysis which then sets off a change in the enzyme-linked molecule either breaking it down or enabling it to combine with another molecule and finally the enzyme delinks from the molecule ready to perform the whole act again. The overall aim is to reduce the expense involved in making ethanol from biomass with the ultimate objective being biofuel that is competitive with fossil fuels at $3 to $4 per gallon. Further information: Clemson University Clemson University Switchgrass website Taylor Scott International