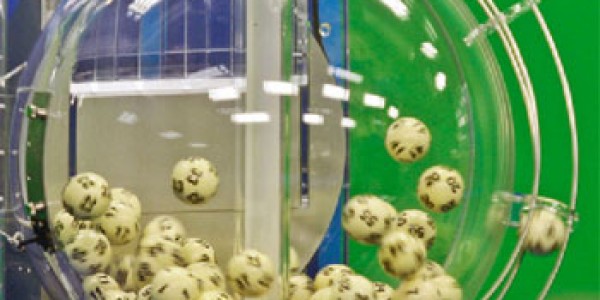 Record $600M jackpot inspires US office pools (AP) / 19 May 2013 It’s the second-largest world jackpot of all time — $600 million. And in workplaces across the United States, people are inviting colleagues to chip in $2 for a lottery ticket and a shared dream. The office lottery pool is a way to improve your odds and have a little fun with co-workers. And who wants to be the only person at work the next day when everyone quits? With the largest-ever Powerball jackpot on the line, this is the time to play. And the payout could get even bigger before Saturday’s drawing. The chances of winning this latest jackpot are about 1 in 175.2 million. The Multi-State Lottery Association recognizes the popularity of office pools, especially when the stakes are so high. “The appeal is they can stretch the value of their $2,” said Norm Lingle, chairman of the Powerball Executive Committee. But it’s important to be careful. Workplace pools that yield big jackpots sometimes result in lawsuits, broken friendships and delayed payouts. Lottery officials encourage pools organizers to lay down rules and put them in writing before the winning numbers are drawn. Linda Golden has organized a pool for years and requires everyone to sign in, showing they contributed. She had 14 co-workers on board when the jackpot pushed past $200 million in late March. They only won $4. But instead of distributing that amount, Golden bought more tickets for the $1 million Powerball drawing on March 27 without telling the others. She hit the jackpot and never gave a thought to keeping the winnings all for herself. After taxes, each person ended up with about $50,000. Golden estimated she had 26 people in her pool this time. “It’s kind of getting out of hand,” she said. In another case, an Ohio man who missed his weekly lottery pool because of an injury later sued his co-workers for a chance to share their winning $99 million jackpot. “People don’t realize that this is serious business,” said attorney Rubin Sinins. He represented five construction workers who claimed a colleague cheated them out of a share of a multimillion-dollar lottery jackpot. The man claimed he won the 2009 jackpot on a personal ticket — not with a ticket he bought as part a lottery pool. “When you go in with people in an agreement that involves potentially millions of dollars, you’re talking about a contract,” Sinins said. If a ticket wins, “then issues can arise as to who’s actually part of the pool, who’s entitled to the money, what proofs there are to establish that.” Taylor Scott International