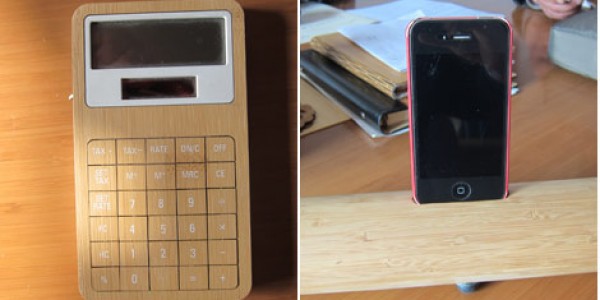 Power plant: bamboo English.news.cn    2013-05-05                                                                         Photo source: ChinaDaily.com.cn BEIJING, May 5 (Xinhuanet) — Bamboo may technically be a member of the grass family, but its potential is not so lowly. Growers in China are using it to create building materials and fabrics, revitalize forests, and rejuvenate rural economies, Erik Nilsson reports in Anji county, Zhejiang.       Bamboo’s alchemic ability to be manufactured into nearly anything – from car speakers to calculators, and buildings to beer – is conjuring a gold mine in China. The country produces about 80 percent of the world’s fastest-growing plant, hailed by many as “the next super-material” and the “timber of the 21st century”. There are more than 1,500 uses for the “great grass”. The World Bamboo Organization estimates the industry generates about 10 billion U.S. dollars a year, which could double by 2018. Bamboo’s magic is enhanced by its organic production, rapid harvest cycles and ability to grow on mountainsides. “Chinese culture is bamboo culture,” says Xuan Taotao, an expert with Tianhuangping town’s agricultural department in Zhejiang province’s Anji county.       “Bamboo can make farmers rich and our environment healthy, so we must preserve bamboo forests and industries.” Anji creates 20 percent of China’s bamboo products, generating about 12.5 billion yuan (2.03 billion U.S. dollars) annually, though it contains fewer than 2 percent of the country’s bamboo forests. The county is covered by about 66,667 hectares of bamboo, about 57,333 hectares of which is moso bamboo, Xuan says. Anji has been producing the plant since its founding 60 years ago.    It traded bamboo for rice with Shanghai, where the timber was used to build homes.   By the 1950s, the local trees had been logged off, so only bamboo was left.   When people started using concrete to build houses in the 1980s, the government introduced processing plants to make low-end products, such as chopsticks and toothpicks, from bamboo. The industry evolved to include flooring and other higher-end goods and supported 90 percent of local GDP. It’s currently about 30 percent, since more locals migrate to other cities. “The bamboo price is rising, because young people want to work in urban areas rather than cut bamboo,” Xuan explains. “The industry could disappear here.”    About 50 species produce more than 3,000 products in Anji. There are more than 3,000 bamboo-processing factories in the county of 250,000 residents. “Nearly everyone is involved in bamboo,” Xuan says.   “But because it requires virtually no care and is harvested every two or six years, the farmers don’t have to work hard.” Yuan Guochang works only 10 days annually on his 1.33 hectares of bamboo, which brings in 36,000 yuan every two years. “I hire other farmers to do the cutting, and the buyers come to me,” Yuan says.    “It’s easy money. I hope I can get higher yields to earn more money,” Yuan says. “Bamboo is the spirit of Anji and of China.” Anji Cheng Feng Bamboo Products Co Ltd’s founder Hu Gongnian demonstrates bamboo’s impact on poor farmers. Hu never went to school but became rich and successful from bamboo. His company produced the pillars for the German pavilion at the World Expo 2010 in Shanghai.    Hu’s career development mirrors that of Anji’s bamboo industry. “I’ve loved bamboo since I was a child,” he says. (Source: ChinaDaily.com.cn) Taylor Scott International