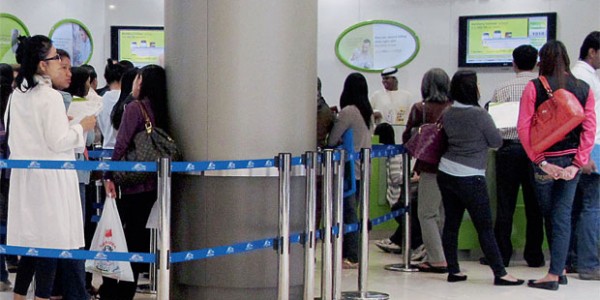 Outgoing calls suspended for 3m cellphone users Haseeb Haider / 2 September 2013 Telecom providers etisalat and du have suspended the service for almost three million subscribers who were late in updating their information during the last phases of ‘My Number, My Identity’ campaign, launched by the Telecommunication Regulatory Authority (TRA). This means that a subscriber cannot make any outgoing calls, however he can receive incoming calls and text messages. Both etisalat and du have started to gradually cease their services for subscribers who were targeted during the previous stages. These subscribers were previously informed to update their information but failed to do so even after their service was suspended for three months. The total number of subscribers whose subscriptions have been cancelled is almost two million. ‘My Number, My Identity’ campaign, launched in July 2012, successfully entered its fifth phase, on schedule with the previously announced timeline, announced the TRA. The campaign was initiated in collaboration with etisalat and du to increase mobile subscriber awareness on the new registration procedures for mobile phone services. It also seeks to highlight the important role the subscribers play in protecting their SIM cards to maintain their privacy to avoid any misuse that may occur, since the registered subscriber of the number will be legally and financially accountable. The subscribers and licensees etisalat and du are participating in the process of updating information and registration in order to put into action the new policies and procedures set by the campaign which has a timeline of 18 months until the beginning of 2014 and divided into six stages in order to successfully include the whole country in the registration process. Etisalat and du have finished targeting four groups of subscribers and will now target around four million subscribers during the remaining stages of the campaign. On the launch of the fifth stage of the ‘My Number, My Identity’ campaign, Mohamed Nasser Al Ghanim, TRA Director-General said: “The campaign focuses on the procedures that will be taken by the TRA in order to ensure the transparency in dealing with mobile subscribers and protecting their privacy if misuse occurs by users who use mobile services not registered under their names.” According to latest statistics registered during the month of August 2013, more than 12 million subscribers have registered and updated their data packages. This number continues to increase as more subscribers register. Al Ghanim called upon subscribers to register and update their data in order to avoid disconnection of their service, saying: “The licensees suspended the service for almost three million subscribers who were late in updating their information during the last phases of the campaign. He added: “The TRA encourages e-registration and encourages the licensees etisalat and du to make sure the facility is available to e-register which goes in line with the new registration procedures and to smoothly facilitate the process.” He said: “Companies can arrange with etisalat and du in order to register a large number of subscribers through one visit to the company’s office, in order to facilitate the registration process for subscribers who may find it difficult to do so individually.” The TRA confirmed that the current and targeted numbers mentioned above are approximate numbers that may increase or decrease, as the total number of subscribers in the telecommunications sector is subject to change as it is controlled by several factors such as the decrease due to cancellation of many subscriptions or the recycling of numbers by operators. haseeb@khaleejtimes.com Taylor Scott International