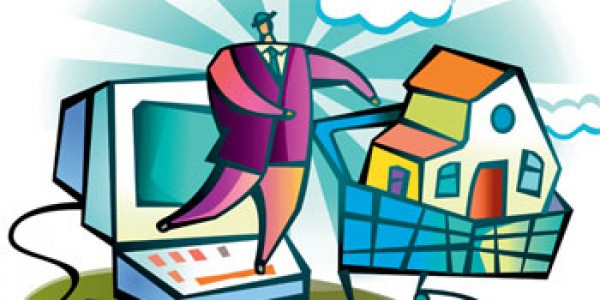 Online sales under scanner Staff Reporter / 30 April 2013 In an attempt to ensure better consumer protection, the Dubai Municipality is gearing up to prevent online sale of unsafe consumer products, especially cosmetics which could pose health and safety hazards. The Public Safety Section of the Public Health Department in the Municipality has called for a meeting with the people behind several local websites that thrive on online trading of different consumer products. “Dubai Municipality will meet shortly with a number of website traders to seek the means of cooperation and develop practical and effective mechanism in reducing the sale of consumer goods, which do not meet the health requirements adopted by the emirate which, in turn, harm individuals,” the Head of the Section Sultan Al Suwaidi said in a statement issued on Monday. “The move comes as a result of a number of complaints the municipality received against some of the websites which sold unauthorised consumer products that affected the public health in one way or the other. Such websites offer products the Municipality had banned after testing it as it contained materials to be avoided,’ he pointed out. The official said the civic body has been monitoring the excesses of local website traders and their curators, and controls the nature of consumer goods such as cosmetics, creams, shampoos and other items sold on those sites. Speaking to Khaleej Times , he said the move is aimed at preventing online sale of unsafe products from the site owners’ side and discouraging the public from online purchases of products that are not known to them or used by them. “If it is a product that they had used previously, it is a different thing. Similarly, there is no harm in buying approved products through trusted sites. But, we want to curb and discourage the online trade of products that are not approved and unsafe,” he said. Stressing that the municipality will cooperate fully with online dealers, he said it will also provide them with all updates regarding the banned materials in the domestic market, to take necessary action. ‘The consumers also have to bear the responsibility entrusted on them to protect themselves and their children. They must distinguish between good and dubious products, and do a simple study before buying any product,’ he reminded. ‘The self-censorship should be the basis of purchase for the consumer and every one should purchase from stores and places known and monitored by the Public Health and Safety Department at the Dubai Municipality. Nevertheless, in case of any damage occurred, the consumer can make a complaint clearly with supporting documents to catch offenders,’ he further said. Devices seized Last month, an inspection campaign by the department resulted in the seizure of 136 unauthorised electrical devices after 442 devices were inspected from 62 visits to the local market. ‘Some devices are classified as unacceptable as it has either two pin plugs, or they are not registered in the e-system of the Municipality, or it lacks production certificate. The total fines imposed during the last month amounted to Dh11,000,’ he said. ‘The municipal inspectors are keen to ensure the availability of registration certificates for each product, issued either by the Dubai Central Laboratory or the Emirates Standardisation and Metrology Authority, which means that it has been approved for display and sale after testing it. It is also essential to have a user guide about the use and operation of the product in both Arabic and English. All electric products should have three pin plug to ensure the safety of the user,’ he explained. The process of registering electrical and electronic appliances ensuring the safety requirements, gives the consumer high confidence in the quality of traded products and provides a safe environment free from hazards and accidents that may be caused by electrical devices not compliant with the standards. Products including electrical appliances, conductors, water heaters, furnaces, fireplaces, electric irons, hair dryers, grills, cooking utensils, steamers, ovens, washing machines and refrigerators should be registered. Dubai Municipality normally issues a circular to all retailers and suppliers to inform them that if there are new items of electrical appliances, they should be registered before four months to prevent the trading of any banned products. sajila@khaleejtimes.com Taylor Scott International