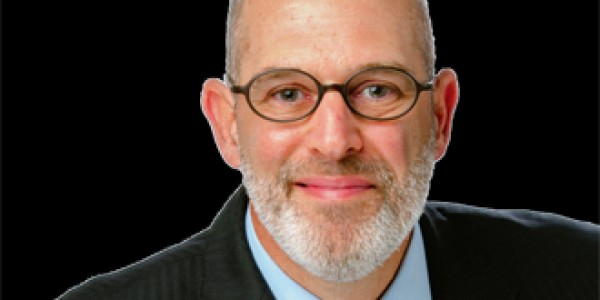 Obama should strike Syria, says diplomat Sarah Young and Patrick Michael (Interview) / 4 September 2013 TWO FLIP FLOPS in as many days, one on each side of the Atlantic, demonstrate both the complexity and divisiveness of the Syrian situation, but one former ambassador in the region is admant a US show of force will – and should – take place. Last Thursday, the House of Commons voted down the UK Government’s plan to join the US in launching air strikes against Syrian targets as punishment for using chemical weapons. And then, on Friday night, President Obama changed his mind on launching air strikes without clear Congressional approval. For Obama this is an extraordinary climbdown. All indications were that an attack was imminent. Several cruise missile-equipped US destroyers were deployed to the Eastern Mediterranean just off the Syrian coast. Secretary of State John Kerry, who had earlier confidently laid out the case for an attack, seemed to dither through the Sunday morning US talk shows as he groped to explain what had happened. However, in an exclusive interview with Khaleej Times , Adam Ereli, former US ambassador to Bahrain from 2007-2011, said he still expected force would be used – and he did not believe UN approval was needed, despite the fact international law states one state may not unilaterally attack another state except in self-defence, even when that state violates the 1925 Geneva protocol prohibiting the use of chemical weapons. “I expect the United States will take action — perhaps not as soon as some would like, but force will be used,” Ereli said. “The use of chemical weapons by the Syrian regime against its own people demands a military response.  The United States cannot let this atrocity go unpunished.  To do so would embolden the enemies of peace in the region.” A punitive strike was justified given Syria had violated the Chemical Weapons Convention, he said, citing similar past action from the international community against Slobodan Milosevic in Bosnia and Kosovo as an example. In fact, if the international community had responded forcefully “the first time” these weapons were used, he did not think the August 21 attacks would have taken place, Ereli added. “If we do not punish Assad now, he will use chemical weapons again.  Also, this is not just about Syria.  Iran is supporting the Assad regime. They are providing it money and weapons and fighters.  If ruthless dictators are allowed to use chemical weapons without consequences, the whole region is in danger.  The risks of doing nothing are far greater than the risks of taking action.” He said the results of the UN report justified a response – given “UN inspectors were able to get hair, soil and other physical samples that prove beyond a shadow of a doubt… the Syrian army used sarin gas to kill innocent women and children.” “Assad is like a school-yard bully. He beats up kids who are weaker than him.  It’s time we give him a bloody nose, and he’ll back off.” President Obama said on August 31 he would seek Congressional approval for military action, following concern from both liberal Democrats and conservative Republicans that any strikes without this would violate the Constitution. However, the Guardian reported yesterday [Monday] Kerry maintaining the US had the right to strike with or without this approval, despite refusing to give details on where America was sourcing its evidence of the use of sarin gas from, other than saying it did not come from the UN.  Ereli agreed, saying Obama should “strike Syria anyway”. “A limited strike, which means launching cruise missiles against Syrian military targets [including military and army bases, intelligence headquarters, and defense ministries], does not put US forces at risk.  It is not expensive and will send a strong message to Assad and his supporters in Moscow and Tehran that they don’t have a free hand in Syria.” America’s “friends in the region” should be able to count on the United States to take action and protect them, unlike Russia, China and Iran who “want(ed) to protect their investments in Syria”, he said. Ereli said he “did not expect” US forces to “strike chemical weapons depots or other targets that could cause widespread civilian casualties”, and any rise in oil prices or hits to economies would be “temporary”. Diplomatic talks were no longer an option “given all efforts to negotiate a political transition had failed”, however that did not mean giving up on a negotiated solution in the long-term. A no-fly zone, which could restrict the delivery of Weapons of Mass Destruction (WMD), also did not make sense, given most attacks on civilians had come from ground forces, Syrian air power was not a “big factor”, and the American people did not want to see US forces deployed, he added. However, he admitted that the question of ‘what happens next’ remained a tricky one. “We learned in Iraq that removing Saddam Hussein was necessary but not sufficient.  While Iraq is definitely better off now than it was before 2003, we must be careful not to repeat the mistakes of the past.” Finding a successor and preventing the kind of sectarian violence “sure to follow” would require a level of international coordination and cooperation that had not been seen to date, he said. sarah@khaleejtimes. com patrick@khaleejtimes.com Taylor Scott International