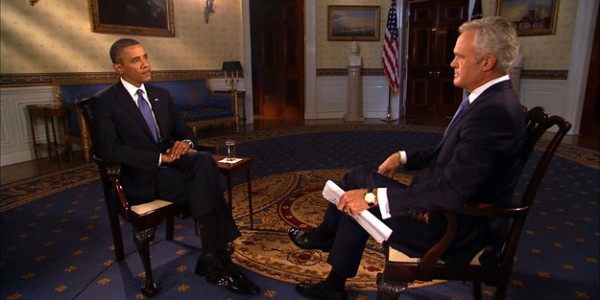 Obama: I might lose congressional vote on Syria (AP) / 10 September 2013 President Barack Obama conceded Monday night he might lose his fight for congressional support of a military strike against Syria, and declined to say what he would do if lawmakers reject his call to back retaliation for a chemical weapons attack last month. The president sought to use a glimmer of a possible diplomatic solution — including vaguely encouraging statements by Russian and Syrian officials on Monday — as fresh reason for Congress to back his plan. Syria welcomed a proposal to turn over all of its chemical weapons to international control. Obama said Syria’s statement was a potentially positive development, but he voiced skepticism about that the regime of President Bashar Al Assad would follow through. He said it was yet another reason for lawmakers to give him the backing he is seeking. He spoke in a series of six television network interviews planned as part of a furious lobbying campaign aimed at winning support from dubious lawmakers and well as a war-weary public. Speaking of Assad’s government, Obama said the credible threat of a military strike led by the United States “has given them pause and makes them consider whether or not they could make this move” to surrender control of their chemical weapons stockpile. “If we don’t maintain and move forward with a credible threat of military pressure, I do not think we will actually get the kind of agreement I would like to see,” Obama said on CNN. But Senate Majority Leader Harry Reid cited “international discussions” in unexpectedly postponing a test vote originally set for Wednesday on Obama’s call for legislation backing a military strike. In a separate interview with NBC, Obama took the step — unusual for any politician — of conceding he may lose his campaign in Congress for authorization. “I wouldn’t say I’m confident” of the outcome, he said. “I think it’s fair to say that I haven’t decided” on a next step if Congress turns its back, the president told NBC. Obama arranged a trip to Congress on Tuesday as well as a prime time speech from the White House. The president picked up a smattering of support but also suffered a reversal when Sen. Johnny Isakson, a Republican, announced he had switched from a backer of military action to an opponent. Reid, the Senate majority leader, made a statement of support for the president’s request. “Today, many Americans say that these atrocities are none of our business, that they’re not our concern,” the Democrat said of Assad’s alleged gassing of civilians on Aug. 21. “I disagree. Any time the powerful turn such weapons of terror and destruction against the powerless, it is our business.” Others came down on the other side of the question. “I will vote ‘no’ because of too much uncertainly about what comes next,” said Sen. Lamar Alexander, a Republican, reflecting concerns that even the limited action Obama was contemplating could lead to a wider war. Sen. Heidi Heitkamp, a Democrat, also voiced opposition. “I strongly believe that we need the entire world, not just America, to prevent and deter the use of chemical weapons in Syria, or anywhere else on the globe,” she said. In the House of Representatives, one of two female Iraq war veterans in Congress announced opposition to military strikes. Legislation approved in the Senate Foreign Relations Committee last week would give Obama a maximum of 90 days to carry out a military attack, and it includes a ban on combat operations on the ground in Syria. Both of those limitations were last-minute concessions to critics of a military option, and it was unclear whether Reid would seek additional changes to build support. Despite the difficulty confronting Obama, an AP survey indicated the issue was hardly hopeless for the president, particularly in the Senate where Democrats maintain a majority, and perhaps also in the Republican-controlled House. The survey showed 23 Senate votes in favour of military authorization and 10 more leaning that way. Opponents totalled 20, with another 14 leaning in the same direction, with the remaining 33 senators undecided or publicly uncommitted. That created at least the possibility of the 60-vote majority that will be necessary to advance the bill. In the House, there were fewer than a dozen declared in support and 150 opposed or leaning that way. But 201 lawmakers had yet to take a public position, more than enough to swing the outcome either way. The public opinion polling was daunting for the president and his team. An Associated Press poll showed that 61 percent of those surveyed want Congress to vote against authorization of U.S. military strikes in Syria and 26 percent want lawmakers to support such an action, with the remainder undecided. Taylor Scott International