NRI pension scheme to roll out in three weeks 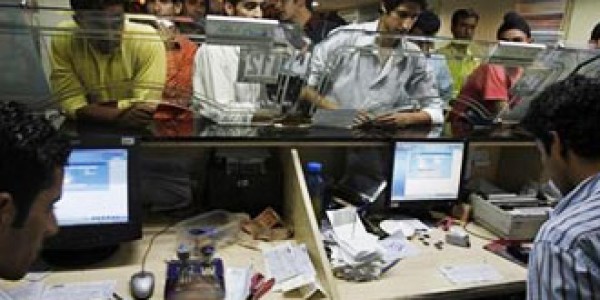 NRI pension scheme to roll out in three weeks Sajila Saseendran / 7 June 2013 The Indian government is set to roll out a social security plan for expatriate Indians in the UAE that is expected to mainly benefit tens of thousands of blue-collar Indian workers. The official launch of the Mahatma Gandhi Pravasi Suraksha Yojna (MGPSY) is scheduled to be held in three weeks, the Indian Ambassador to the UAE, M.K. Lokesh, said on Thursday. “We have requested the Minister (of Overseas Indian Affairs) to come over for the launch. We are waiting for his date for launching it in three weeks.” He was speaking to Khaleej Times after an interactive session with India’s Minister of State for External Affairs E. Ahamed, organised by the Indian Community Welfare Committee (ICWC) in Dubai. The MGPSY scheme is a Pension and Life Insurance Fund that promises a contributory pension, resettlement savings and life insurance for expatriate Indians, who require emigration clearance. An Emigration Clearance Required (ECR) stamp is put on an Indian passport when the holder has not completed Grade 10. Most of the blue-collar Indian workers, who constitute about 60 per cent of the nearly two million Indian expatriates in the UAE, fall under the ECR category and are set to benefit from the project introduced by the Ministry of Overseas Indian Affairs (MOIA). Lokesh said the government had already entrusted two banks, the Bank of Baroda and the State Bank of Travancore, to facilitate the scheme in the UAE where the government is making the overseas launch of the project. A pilot level project was launched in Kerala after the MOIA secured the cabinet approval for the scheme last year. Ahead of the launch in the UAE, officials from the banks, with assistance from Indian missions, have launched a campaign targeting labour accommodations to raise awareness about the benefits of the scheme among the potential beneficiaries. The ambassador said awareness drives to popularise the scheme will be conducted through the Indian Workers’ Resource Centre, as well. The ministry has also made awareness materials available at the offices of the Protectors of Emmigrants, who monitor the overseas employments of Indians with ECR passports. At Thursday’s session moderated by the ICWC Convener K. Kumar, the Chairman of Pravasi Bandhu Welfare Trust K. V. Shamsudheen said the scheme would receive more subscribers if the government provided an auto-debit facility from NRI bank accounts in India, thus avoiding additional leg work and service cost every month. In his reply, minister Ahmed said the government would look into that provision subject to its compliance with the existing regulations. Meanwhile, expatriates from the state of Kerala stand a chance to benefit from one more pension and welfare scheme launched by the state government. Chairman of Pravasi Welfare Board of the Kerala government P.M. Abdul Salam, who is in town to raise awareness about the scheme, said only about 125,000 of the estimated 5 million beneficiaries have subscribed to the scheme launched in 2009 even though it is not limited to those holding ECR passports. “People should understand the significance of such welfare programmes, especially in the current scenario where several expatriates are forced to return home due to new labour laws being enforced in some Gulf countries,” he pointed out. Shamsudheen said the MGPSY scheme, like the Kerala model, should also cover expatriates with lower income instead of limiting it to the ECR category. “There are several poor Indians who do not require emmigration clearance. The government should consider including such people also for this scheme that will be a big solace to those from the lower economic strata especially when they return home.” sajila@khaleejtimes.com Taylor Scott International