New Tax Havens In Search For Investors After Cyprus Scandal 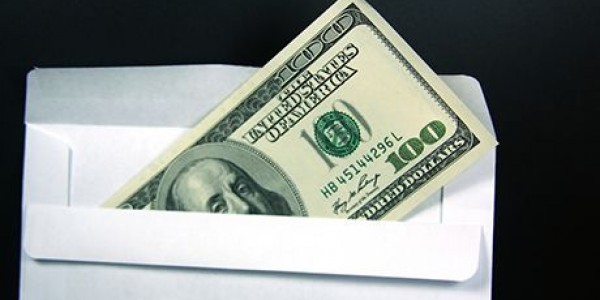 New tax havens in search for investors after Cyprus scandal © Photo: www.tOrange.biz Download audio file Financial consultants that are good at keeping money hidden and safe got a new challenge recently. Right after the Cyprus scandal they had to offer something more reliable. Hungry for fresh money that without any question sooner or later will burst through Cypriot financial border, other tax havens started promoting themselves. Switzerland, Luxembourg and Caiman Islands, as well as a host of other locations, including Dubai and Singapore, are looking for investors. And recently they have found their first ones. The Russian banks changed their offshore accounts residency when issuing Eurobonds. According to open sources financial Moscow-based organizations like VTB and Sberbank increased they are investments in foreign bonds issued in Luxembourg, Netherlands and Ireland multiple times. It is just for safety? Russian economist, Sergey Alexashenko, gave an interview to the Voice of Russia. Greetings Sergey! Good evening! How are you? I’m pretty good, thanks. I hope you too. Let’s clear up for our listeners why should companies invest in foreign papers in the first place? Is it good when money work for a native of economy? It is interesting that there is little bit of misunderstanding. Cyprus was used by the Russian companies and banks as a jurisdiction for their special purpose vehicle companies that were issued to Europe for Eurobonds. For example, the Russian legislation does not allow to fit all the requests of international investors and that’s why for issuing Eurobonds, Sberbank or VTB, they have established previously a special company in Cyprus under Cyprus law and under the jurisdiction of the High Court of London and that’s why it was easier to have access to investors. And after Cyprus lost its credibility Russian corporates and bank, they are not sure about the future of such companies and they are looking for other jurisdictions for the same purposes – just to establish special companies that will issue Eurobonds for their mother companies that are domiciled in Russia. According to the latest reports EU is really tightening the nuts, even Luxemburg set the date to lift bank secrecy rules. The new policy will take effect in 2015. But that’s just for the EU citizens. What about international corporations? Don’t you think they will be next? Yes you are right. There is another side of the story that the European authorities, as well as American authorities, they try to press offshore countries to increase taxes. That is a financial mechanics and it will affect many companies. And that’s why the decision of Luxemburg to open the banking secrecy, to make it more transparent for tax authorities is as well the result of the pressure from the European authorities to make life for national budgets easier, it is not an easy time for them. German Finance Minister said that the problem that sparked Cyprus scandal was very simple – the country just doesn’t produce enough goods or services to keep the economy balanced. I agree with him. I think that the problem of Cyprus is that two Cyprus banks were oversized. They were much bigger than the size of the Cyprus economy. They have raised enormous amount of deposits and invested much cash in Greek economy. And because of the crisis in Greece banks met losses. It is not the question of stability of the Cyprus economy or anything else. What other tax havens may offer their services? And where is the end to tax havens? Will they be closed? I’m afraid it is not possible to close all tax havens and all offshore countries because it is required for financial mechanics. Caiman Islands legislation is well fitted for investors. Bahaman legislation is well fitted for trusts and so on. So, in the world we have more than 200 counties and I’m afraid it is not possible to make all of them equal in fighting offshore, in fighting tax haven. Moreover, in many-many financial instruments you need jurisdictions with lower taxation where you wouldn’t lose money if you transfer cash from one economy to another. Read more: http://english.ruvr….4_30/214184615/ Taylor Scott International