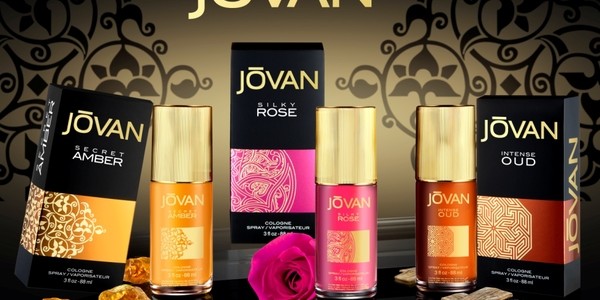 Last year Jovan better known for their musk scents – their website is even called jovanmusk.com – introduced an Oriental Collection of three fragrances called Intense Oud, Silky Rose and Secret Amber , which they advertize as being unisex, another departure from their usual offerings which are strongly sexed in their messages and main slogan, “It’s what attracts”… This dampening of their sexual politics is due in part to an adaptive strategy to the Middle East market where the colognes are sold and where such an overt display of seduction is discouraged, as well as to the popularity of perfume-wearing both among men and women in the region. See for instance how Chopard shot two different campaigns for the Western and Oriental markets . Perfume is seen less as a feminine ritual in the Orient than in the West. In the United States, a recent movie like Lawless featured a psychopathic character from the 1920s-1930s whose flaws are signalled by his perfume-wearing habits; real men drink. Suspicious, ambiguous characters wear alcohol smelling of anything else than grain, on their skin. As Yves Saint Laurent are launching an Oriental Collection of three perfumes in 2013, and By Kilian and Annick Goutal launched Oriental suites in the past, we can see a format of fragrance collection take shape. Silky Rose “Revel in the opulence of Silky Rose, a captivating floriental fruity fragrance. At the top, spicy rose unites with earthy patchouli leaves and crisp redcurrant to intrigue the senses. This enticing fusion gives way to a bouquet of opulent rose, orange flower and jasmine nectar, which gently lifts and intrigues. Finally, the woody oriental trail reveals a seductive blend of golden amber, vanilla woods and sensual musks.” Secret Amber “Luxuriate in the sensual warmth of Secret Amber, an elegant gourmand fragrance. As the fragrance unfolds, its unique elements are revealed by a timeless amber scent. A tantalising duo of ginger and nutmeg spices the top of the fragrance, adding a touch of intrigue. This melts into a rosy-cinnamon heart for a deliciously sensual sensation. Combined with sweet vanilla and soft musk, the secret amber adds all the depth to the warm and sophisticated fragrance.” Intense Oud “Delight in the darkly enigmatic intense Oud, a powerfully alluring woody floral. The scent opens with a delicately spiced blend of saffron and lemongrass before building to an addictive heart of cistus labdanum and Turkish rose absolute. Combined with patchouli and sandalwood, Oud wood sensually embraces the whole fragrance, creating an overall experience of distinguished opulence.” Please check back for more updates on our New Perfumes pages as we update the database. See for example New Perfumes in 2012 Read more at http://www.mimifrouf…sYKtrvEJcZls.99 Taylor Scott International