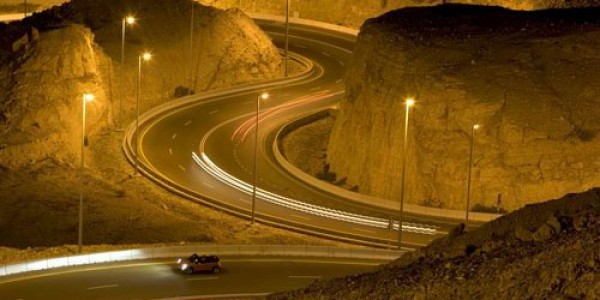 Mystery surrounds Jebel Hafeet death Nissar Hoath / 5 May 2013 Four people were killed and six injured in five separate road accidents in the Capital city and Al Ain since late afternoon on Thursday, including a mysterious incident on Jebel Hafeet which claimed the life of a young man. The alleged accident on Thursday saw a car plummet from the side of the mountain, killing an Emirati, identified as N.B.A.B., but family members and friends of the victim alleged that it was a planned murder. According to sources, the police found the victim on the back seat of the vehicle with a fractured skull, but there was no driver in the car. “On Thursday, we got a call from the police saying they found a black saloon car which had fallen from the mountain, registered under the name of the victim’s late father. I and N.B.A.B.’s elder brother rushed to the site where we saw a helicopter hovering over the mountain and lots of security officials on the ground examining the car. We were taken to the car where we found him dead, with his skull damaged,” one of the victim’s close in-laws, who did not want to be identified, told Khaleej Times. “The police also showed us the weapon, a stick that could have been used to murder him. The incident happened about half way up the mountain at a lay-by where there is no barrier. “We expect to receive the body on Sunday for burial. As soon as we get the body after official procedures and investigations, it will be taken to his parents’ house in Al Yahar and then to Al Loha cemetery,” said the victim’s relative. On Saturday morning, at least one person died and two others were injured in an accident involving three vehicles on Muroor Road near the Higher Colleges of Technology (HCT) traffic junction. “I saw a dead (body) covered with a white cloth being shifted to an ambulance. There were three vehicles involved in the accident. One of them, a luxury car, had its doors opened and the driver was trapped in between the safety airbags, while another vehicle was on the other lane of the road heading towards the city,” said eye-witness Abdul Malik. According to Malik, the accident took place around 10.45am and all the security and safety teams  were immediately on scene, as it happened very close to both the Traffic Department and the Civil Defence General Directorate headquarters. “It was a horrific accident. There could have been more casualties as I saw many ambulances at the site,” he added. A 19-year-old  Emirati died, and two Arab nationals were injured in another accident involving four vehicles in Al Ain’s Industrial Area on Friday evening. The Emirati victim was riding in a car driven by his Arab friend. According to Al Ain Police, the injured were rushed to Tawam Hospital with moderate injuries. Head of Al Ain Traffic and Patrols Department Major Salah Al Humairi said the accident was caused by a four-wheel drive. A second fatal accident took place on Jebel Hafeet on Friday when a young driver, racing with friends, crashed his vehicle killing him instantly. According to reports, the driver was alone in the car. Friday also saw a collision in Al Ain’s Al Zakhir area between two vehicles. Two people were injured in the accident and were both rushed to nearby Al Ain Hospital. nissar@khaleejtimes.com Taylor Scott International