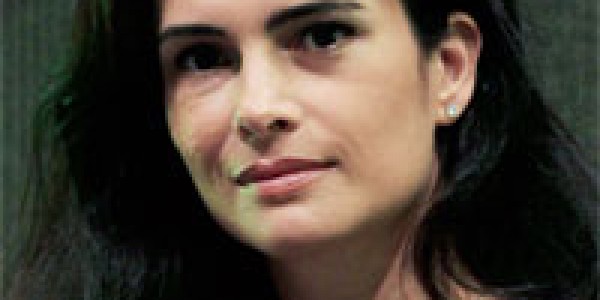 Most Emirati students not motivated, says study Sarah Young (Youth Spot) / 2 June 2013 New ways to motivate the generation of the electronic revolution and tackle the “female face of unemployment” are needed if Emiratis are going to be part of the workforce, experts say. Speaking recently at the Microsoft Regional Summit and Expert Group Meeting on Youth for Global Competitiveness on a panel discussing the youth labour market, Al Maskari Holding chairperson Dr Shaikha Al Maskari said a Dubai study done last year showed 60 per cent of Emirati high school students showed very little motivation, and “did not care what type of course they did, or career they chose”. “Our first priority is to find out why, and how we can reverse this.” Delegates at the Microsoft Youth for Global Competitiveness initiative at Jumeirah Beach Hotel, Dubai. — KT photo by Juidin Bernarrd Low motivation was also evident in the fact Abu Dhabi had reached a “unique status in the world” by paying high school students to perform, she said. “If they get grades over 90, they get Dh5,000 as a gift as well as a monthly salary … nowhere in the world do you pay high school students to attend. And did it work? No. Actually Abu Dhabi students are doing less well than anybody in the UAE.” While working for Adnoc in the early 1980s, a serious effort was made to provide career paths for UAE nationals, which resulted in many reaching senior manager status 20 years later — a concept almost unheard of back then, she said. “This was because they were motivated. Taking youth now and saying we will do this for you — it doesn’t ring a bell. Why? I don’t speak your language. The electronic revolution has created, as never in history, a generation gap. Anyone over 50 doesn’t speak their language. “When you go to high school those youngsters are literally light years ahead of us.” Instead, “humility” on the behalf of the employer was important, and she now tried to trust her younger employee,  as long as they performed, she said. Dr Leila Hoteit, Booz and Company principal Her company focused on providing “heart and compassion”, creating an ambience of belonging and trust, and asking young employees for input on policy making – something her generation was not equipped to do alone given the electronic revolution was changing  the way business was done, she said. The youth also needed to feel “energised, motivated and excited” at work. “Youth need thrill. If you put them in something very dull, they won’t stay.” However, Booz and Company principal Dr Leila Hoteit said it was difficult for this type of innovation to take place, given the country’s open immigration policy which stifled creativity on behalf of employers who were only acting ‘rationally’ in response. “If you have cheap abundant labour you use that. You’re not motivated to innovate, train your people or be an entrepreneur. If you have a problem, just throw more cheap labour at it and solve your problem.” This meant Emiratis were “stuck in the middle”. “They have the skills for low to medium level jobs, but they don’t desire those jobs, and those jobs don’t desire them because people can get cheaper labour. But for higher skilled jobs (Emiratis) are not as skilled, so there’s a need to … work on building skills of Emiratis. “But as long as you have an open immigration policy, you stifle innovation.” Emirati unemployment is estimated to be around 13 per cent, according to the UAE National Bureau of Statistics website. Meanwhile, the Middle East overall has one of the highest youth unemployment rates in the world, sitting currently at 30.3 per cent, compared with an estimated global rate of 12.6 per cent, according to the International Labour Organisation’s (ILO) Global Employment Trends for Youth 2013 report. And while women in the region were surpassing boys ‘by a long shot’ in education, their high levels of unemployment potentially highlighted a cultural issue of whether “(we are) spoiling our boys”, Hoteit said. Women often had more intrinsic motivation to work, because they had to prove themselves, while men did not. According to the ILO report, almost half of the female population in the region is unemployed, sitting at 43 per cent, compared to young males, of whom about 25 per cent are out of work. Dubai-based recent graduate Shaima Al Awadhi said she had been one of the 60 per cent of students who had not cared what they did for a career — until she did an internship with Pepsico where she worked under a “mentor” who helped her professionally and personally. She is still employed at the company and said she loved her work — but she was one of the lucky ones, she said. Many of her peers who did similar internships finished unhappy and unmotivated. Lack of career guidance was one of the biggest problems at university, meaning many students either ended up in the wrong jobs and stayed there just for the salary or a lack of other options, or were left confused and unable to choose, al Awadhi said. However, International Labour Office senior advisor Dr Zafiris Tzannatos said while information like this was important, private companies also had to be prepared to provide salaries and incentives good enough to stop highly-skilled Arabs leaving their home countries after university. sarah@khaleejtimes.com Taylor Scott International