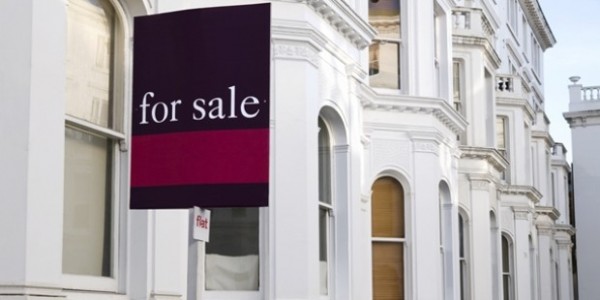 Middle East and North American investors are the major drivers of increased activity in the European commercial real estate market and buyers from outside the region now account for more than a quarter of all transactions in H1 2013, according to the latest data by CBRE, the global real estate consulting firm. Investors from the Middle East increased investment activity, accounting for nine per cent of the entire market and 21 per cent of cross-border transactions in H1 2013. Capital from the Middle East is generally institutional in nature, with nearly half of the total coming from the region’s sovereign wealth funds. Transactions from Middle Eastern buyers show a strong bias towards London (nearly 50 per cent of the total) and offices, although there were several large retail properties among the purchases made. “London remains the destination of choice for foreign investors due to its solid growth potential and its status as a global financial hub, alongside its stable political environment and a transparent legal system, which are key for international and regional buyers alike,” commented Nick Maclean, Managing Director, CBRE Middle East. Buyers from North America accounted for a steadily increasing share of the market (13 per cent of the entire market and 24 per cent of cross-border transactions in H1 2013). This could have a significant effect on the dynamics of the property market as US investors, which make up the vast majority of activity, typically look at a more diverse range of markets. The total value of commercial real estate investment activity in Europe continued to grow in Q2 2013 at six per cent higher than the total for Q1 2013. The €32.6 billion recorded over the quarter shows a 22 per cent increase on the same quarter last year and is the highest Q2 total since 2007 (before the financial crisis). The level of cross-border investment in Europe continues to increase, both in absolute terms and as a proportion of the market as a whole. Over the first half of 2013, foreign buyers accounted for 44 per cent of all transactions (by value) compared to 40 per cent in the second half of 2012. A significant change has developed in the sources of cross-border real estate investment, with intra-European investment (where the buyer is from another European country) accounting for just 16 per cent of transactions in H1 2013. This percentage had been holding steady at around 20 per cent of the market throughout 2011 and 2012. Investment capital from outside Europe is becoming increasingly important to the market and now accounts for 28 per cent of all transactions in H1 2013 (from 19 per cent in H2 2012). Even within this group of non-European investors there has been a marked change in the sources of capital. Within Europe, German investors remain the largest group of cross-border buyers; the open-ended funds continuing to be active buyers around Europe with acquisitions totaling well over €1 billion in H1 2013. The German ‘Spezial’ funds are also active, but their acquisitions have been strongly focused on Germany in the first half of this year, stated the CBRE report. The long-term trends in buyer mix that have been evolving since the financial crisis have continued into 2013. Most notable of these is the growth in direct institutional investment in real estate, which has increased steadily over the last six years from nine per cent in 2007 to 26 per cent of the total in H1 2013. An increase in activity by sovereign wealth funds has been responsible for some of this investment, but both pension funds and insurance companies are far more active than was the case before the financial crisis. H1 2013 also saw a significant share of large transactions, with 134 of €100 million or more recorded over the period, between them accounting for 47 per cent of the total turnover of the market. It is a feature of the market recovery that as total investment activity has increased so too has the proportion that has been made up of large (€100 million plus) transactions. At the low point in market activity (H1 2009), when commercial real estate transactions totaling just €26.5 billion were completed in the first of the year, these large transactions accounted for 28 per cent of the total. Jonathan Hull, Head of EMEA Capital Markets, CBRE, added, “The increase in the proportion of the market comprised by large transactions coincides with an increase in the amount of non-European capital flowing into the market. It has long been the case that buyers from outside the region are focused on larger than average assets and H1 2013 was no exception.” Taylor Scott International