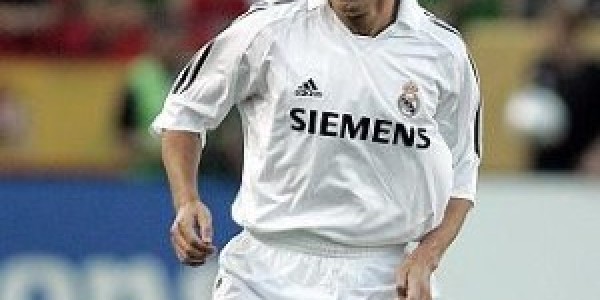 Former Real Madrid and Spain star Michel Salgado will be one of the guest speakers at the Dubai International Football Academies Forum this weekend (June 1st and 2nd).The ex-fullback – who ended his illustrious career in the 2011/12 season while playing for Blackburn Rovers – will be joined by Uefa official Ioan Lupescu and Fifa representative Jean Michel Benezet on the opening day of the event.They will talk about how both football governing bodies plan to boost the development of young players in the future.Although the UAE is not renowned for being a footballing hotbed, the game is undoubtedly becoming more popular in this part of the world.Salgado, aged 37, has been living in Dubai for a few months and he is certainly well placed to offer advice on how the game should be played.The rightback amassed 53 caps for Spain between 1998 and 2006 and won a plethora of trophies throughout his career, particularly during his stint at Real Madrid.Indeed, Salgado lifted the La Liga title four times and he also won the Spanish Cup on three occasions. In addition to this, the dependable defender scooped the Uefa Champions League trophy in 2000 and 2002.This is the second time the Dubai International Football Academies Forum is being held and Salgado is not the only famous face being lined up to appear at the event.Argentine legend Diego Maradona – who is currently working as an ambassador for the Dubai Sports Council – will talk about how to succeed in football, while ex-England coach Sven-Goran Eriksson will also be on hand to tell the audience just how important it is to get the basics of the sport right.Eriksson has had a glittering managerial career to date and the Swede has landed numerous honours – most notably with Italian club Lazio in the late 1990s/early 2000s. He is now employed as a technical director at UAE-based club Al Nasr.  Taylor Scott International