Manning says ‘he is a woman’ 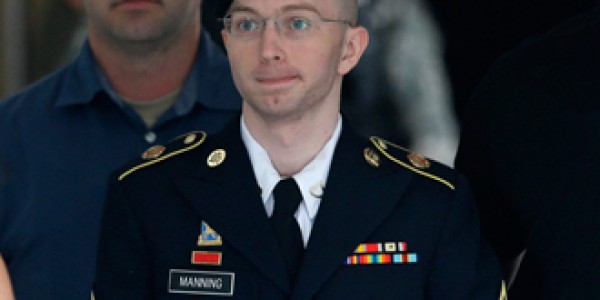 Manning says ‘he is a woman’ (Reuters) / 22 August 2013 Bradley Manning, sentenced to 35 years in military prison for the biggest breach of classified US documents in US history, said in a statement on Thursday he is female and wants to live as a woman named Chelsea. ‘As I transition into this next phase of my life, I want everyone to know the real me. I am Chelsea Manning, I am a female,’ Manning, 25, said in the statement read on NBC News’ ‘Today’ show. ‘Given the way that I feel and have felt since childhood, I want to begin hormone therapy as soon as possible,’ Manning said. ‘I also request that starting today you refer to me by my new name and use the feminine pronoun.’ Manning’s lawyer David Coombs said on the programme that he expected Manning to get a pardon from President Barack Obama. Manning, a former junior intelligence analyst, was sentenced on Wednesday for turning over more than 700,000 classified files, battlefield videos and diplomatic cables to WikiLeaks in the biggest breach of secret data in the nation’s history. Manning is expected to serve the sentence at the US Disciplinary Barracks at Fort Leavenworth, Kansas. Coombs has said the soldier could be pardoned in seven years. Taylor Scott International