Is Now The Time To Invest In Agriculture? 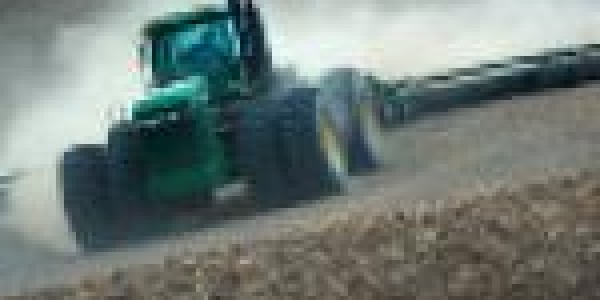 By Tanzeel Akhtar | Thu, 1st August 2013 According to recent statistics from the Food and Agriculture Organisation, the world production of grain is expected to rise 7% to 2.5 billion tonnes in the 2013 to 2014 crop year. This is expected to increase global end-season stock in 2014 by 11%, to 568 million tonnes – the highest level for 12 years. Will this be enough to satisfy global demand? Taking a long-term view, Tom Tuite Dalton, contributing analyst at Oriel Securities, explains the world is running out of fertile land which is needed to feed a growing population. When investing in agriculture there are number of ways to tap commodities. Those looking to invest in farming and crop production can consider getting direct exposure to individual commodities, agriculture-related stocks or investment funds. Patrick Connolly, certified financial planner at Chase de Vere, says: “Global populations are continuing to grow and as the emerging markets in particular continue to develop and become more affluent, so their populations are demanding an ever-increasing and varied diet.” He warns that agriculture is a notoriously volatile area in which to invest, with high levels of risk, some of which are out of the control of producers and investors, such as poor weather and potential geopolitical problems, with a significant proportion of activity taking place in developing nations. Tuite Dalton says Jupiter European Opportunities , managed by Alex Darwall, has a healthy amount of exposure to food-related businesses such as Syngenta, the fund’s second-largest holding, at over 6% of net asset value. Tuite Dalton suggests: “Those looking to take advantage of the formidable environmental challenges presented by the rising population and continuing mass urbanisation may wish to consider Jupiter Green Investment Trust which has been enjoying a strong run of performance and whose board has recently taken the step of seeking to eliminate the discount [to net asset value} altogether.” The £39.8 million Jupiter Green Investment Trust has returned 41.2% over one year compared with 27.8% for the IT Environmental sector as at 21 July. Dalton suggests that another way to play the agribusiness is through Asia, investing through Vietnam Holding (VNH), whose shares are listed on London’s Alternative Investment Market. The investment company currently has 31% of net assets invested in agribusiness and 42% in domestic consumer stocks. Hung Vuong Corporationis, a seafood firm producing much of the world’s pangasius (Asian catfish), represents 6.9% of Vietnam Holding’s net assets as at 30 June. Other agribusiness companies in Vietnam Holding’s portfolio comprise AnGiang Plant Protecton, Dong Phu Rubber, National Seeds, Dabaco JSC, Southern Seeds and Tay Ninh Rubber. Connoly warns that while there is a strong long-term story for investing in agriculture, this won’t necessarily convert into positive returns for investors. Taylor Scott International