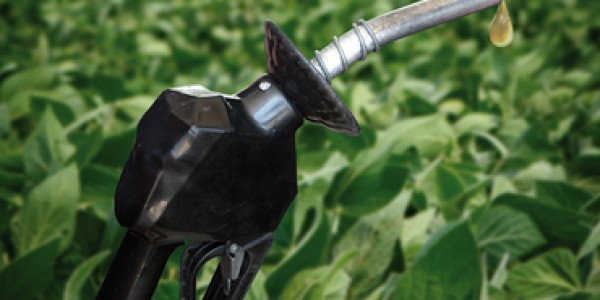 Government launches competition to identify the most viable proposals for a new plant capable of turning waste into fuel By Will Nichols 02 Aug 2013 Industry has welcomed government plans to provide £25m towards a UK plant capable of turning waste into biofuel, but cautioned that the role of first-generation fuels should not be dismissed. Companies are being asked to compete for the money by proposing new ideas for viable demonstration-scale plants that can advance the UK biofuels industry. The Department for Transport said the £25m will be provided over three years, subject to EU State Aid approval, and used “to underpin significant private sector investment in one or more demonstration-scale advanced biofuel plants It added that further details, including eligibility criteria and funding options can be expected in the autumn alongside a range of other potential measures to support sustainable fuels. Advanced biofuels are made from materials such as municipal waste, agricultural residues, or algae that do not require the use of agricultural land, in theory negating the argument that the industrial-scale production of biofuels can hinder food production and drive deforestation. Green groups have said fuels made from crops such as wheat displace agriculture, causing food price volatility and potentially increasing emissions through deforestation, draining of peatlands, and other clearance , effects that could be multiplied by increasing demand for biofuels from the road transport and aviation sectors. As such projects such as BP, AB Sugar, and DuPont’s new biorefinery in Hull, which is set to become the UK’s largest buyer of wheat, have faced criticism from some green campaigners. In contrast, advanced biofuels production is still at a low level, but the EU has introduced sustainability criteria and limited the role crop-based biofuels can play in meeting its green transport targets in a bid to encourage the nascent sector. Transport Minister Norman Baker said the UK has an opportunity to leap to the front of what could be a huge global market. “There are real opportunities for the UK to take a technological lead, driving growth, creating highly skilled jobs and seeing energy, security and environmental benefits,” he said in a statement. “It is clear that in the long term advanced biofuels will be important in areas that we cannot otherwise decarbonise, such as aviation. This announcement will help put the UK in a good position to meet this demand.” The Renewable Energy Association (REA) said the prize could help spur growth and jobs in the new industry. However, Clare Wenner, REA’s head of renewable transport, also urged the government not to write off the existing biofuels industry and ensure a sufficient regulatory framework is in place to support it beyond 2020. In a statement, she said: “Current biofuels, which meet strict sustainability criteria, can make a major contribution to renewable energy and emissions reduction targets in the short term, and enable the investments for R&D into advanced biofuels, with even better environmental performance, over the medium term. The key missing ingredient for both is a clear and supportive policy framework.” Taylor Scott International