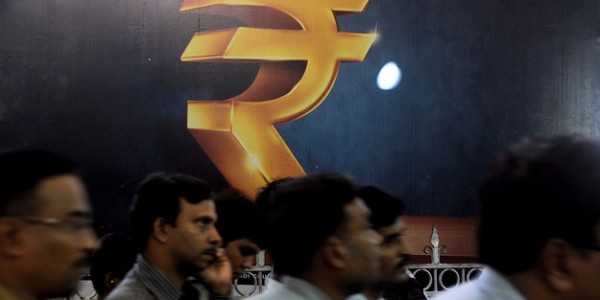 Indian economic gloom ‘overplayed’: World Bank (AFP) / 19 August 2013 The World Bank’s chief economist said Monday the gloom surrounding India’s economy had been “overplayed” and the country was not in danger of a full-blown crisis. “Growth may not have bottomed out. We have further to go (down), but the situation is not as bad as is being captured by the mood and captured in the headlines,” Kaushik Basu told an audience in New Delhi. Basu, who was an advisor in the Indian finance ministry until September, said the situation was different from 1991, when India had to seek a bail-out from the International Monetary Fund in what is considered a national humiliation. “India is nowhere near the 1991 crisis. The gloom is being overplayed,” he added. His comments came as India’s rupee hit a new low of 62.70 to the dollar and shares slipped another 2.11 percent Monday on growing fears about the economy and the government’s ability to deal with the situation. On Wednesday, in the latest in a series of measures to prop up the rupee, India’s central bank spooked investors when it tightened controls on the amount of money Indian firms and individuals can send abroad. The move has been criticised as a disturbing throwback to the days before India unleashed its economic liberalisation drive in the early 1990s when Indians’ access to foreign exchange was strictly limited.   Taylor Scott International