Gulf nations’ investments in power sector to hit $250b 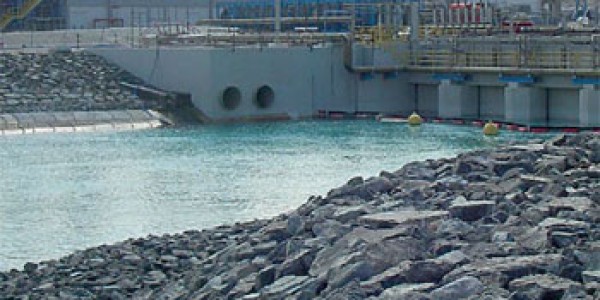 Gulf nations’ investments in power sector to hit $250b Staff Report / 15 June 2013 Gulf countries’ investments in the power sector is estimated to reach $250 billion in the next five years due to massive development and rapid growth, according to a latest study. Good outlook for power + water 2013 The rising demand in the power sector will further strengthen the role of Power + Water Middle East, the region’s premier showcase for the power and water sectors, taking place from September 23 to 25 at the Abu Dhabi National Exhibition Centre. The event is held in strategic partnership with the Abu Dhabi Water and Electricity Authority and will play a regional role in the celebrations of the International Year of Water 2013. The sixth edition of Power + Water Middle East will bring together developers, manufacturers, buyers and service providers from a range of sectors in power and water to meet, discuss and invest in current products and technologies in the related industries. –  business@khaleejtimes.com The report, entitled “Power UAE” and published by research specialists Global Business Reports, said that the next five to 10 years will be crucial in shaping not only the UAE power sector, but will also change the face of the industry in the GCC and wider Middle East. With the power sectors of Abu Dhabi and Dubai experiencing rapid growth, experts estimate the annual growth in demand for electricity will rise by eight to 10 per cent over the next 10 years. The report added that Abu Dhabi’s power sector remains on top of the regional investment table with eight independent power and water producers in operation along with the introduction of the GCC’s first nuclear project which is now in its construction phase and slated to be fully operational by 2020. In Dubai, there are currently 11 plants varying from 400MW to 1,400MW with a total capacity of almost 9,000MW. This is in addition to the emirate’s new Dh300 million project to extend and activate a 132KW transmission cable network to redistribute powe load and provide stable electricity and water services throughout the city. Meanwhile, Sharjah, Ajman, Umm Al Quwain, Ras Al Khaimah and Fujairah possess minimal natural resources and are in the initial stages of industrial development, with each stepping up efforts to build on their power and water sectors and encourage foreign investment to drive growth. “Economic diversification and demographics are driving the development of the power and water sectors in Abu Dhabi and the GCC, underlining the fact that the region is not only one of the fastest growing but also holds the most potential of global electricity markets,” said Abdulla Saif Al Nuaimi, director-general of the Abu Dhabi Water and Electricity Authority. “Abu Dhabi and Dubai have some of the world’s highest levels of electricity use per capita and efficiency of both electricity usage and generation will be the main concern across the UAE, GCC and Middle East regions in the coming years, especially with climatic changes demanding increased consumption of water and electricity in the summer months,” said Anita Mathews, director of Informa Energy Group, organisers of Power + Water Middle East. — business@khaleejtimes.com Taylor Scott International