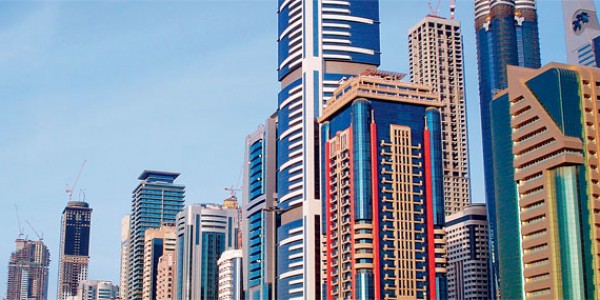 Fundamentals seen driving Dubai’s property rally: Report (Issac John) / 5 September 2013 Driven by strong demand and much-improved economic fundamentals rather than speculation, housing prices in Dubai are on the ascent, Standard Chartered bank said. The bank said in a report released on Wednesday that over the past 12 months, residential prices have increased by 38 per cent for apartments and 24 per cent for villas, with rents increasing by 20 per cent and 17 per cent, respectively. “Slowly but steadily, confidence has returned to the market. Second quarter marks the fourth consecutive quarterly increase in residential prices,” according to a report titled ‘Dubai housing: Fundamentals not speculation.’ The report said at the moment, the market seems to be driven primarily by fundamentals rather than speculation. Although there is a risk that this could change, it is encouraging that regulators are drafting laws to curb excessive speculation in off-plan properties. Subdued mortgage growth, low off-plan sales and increasing housing regulation differentiate this price rally from the one in 2008, the report said. “We expect housing-market supply to grow at the same pace as demand, with new projects being launched in a more planned and controlled manner than in the past. Dubai’s housing market is comprised of 417,900 apartments and 62,000 villas. Residential supply has been growing at an average compound rate of around eight per cent, with apartments increasing by nine per cent and villas by four per cent,” said the report. By the end of 2013, supply should increase by 19,400 apartments and 3,400 villas, assuming there are no delays in construction schedules. The largest proportion of future stock from 2013 to 2015 will be delivered in the sub-markets of Dubailand (7,900 units); Business Bay (3,800 units); and Dubai Sports City (3,800 units). “We expect the city to expand, with a focus on new developments outside central Dubai, in areas to the south and east,” the bank said. The bank expects Expo 2020 to be a meaningful contributor to the sustainability of the housing market, in the event of a positive bid result in November 2013. According to the report, Dubai’s chances of winning have increased. “In the event it does, close to 300,000 more jobs could be created with 25 million people visiting Dubai. 90 per cent of the job opportunities would occur from 2018 to 2021, with most of the jobs created in the travel and tourism sector. This indicates a good chance that a high percentage of these will be converted into permanent jobs, which would benefit the expanded economy in the post-Expo period.” The report recalled that the sharp increases in property prices in 2008 were driven by excessive short-term speculative activity, especially on off-plan properties. “For these properties, buyers only had to put down 10 per cent deposits (rather than the full price), so the market became highly leveraged. Many buyers never had the intention (or the funds) to pay the future installments as they planned to flip the property before any payments were due. This turned the housing market into an unsustainable, highly leveraged derivatives market. We pointed out these problems in our On the Ground, ’A tale of two housing markets’, published in July 2008. It was therefore no surprise to us that in 2009 there was a sharp correction in housing prices, accompanied by a rapid decline in property transactions,” said the report. The bank observed that Dubai’s housing market is influenced by broader economic trends. “Dubai’s economy has experienced solid and sustainable rates of growth over the past three years. The key drivers are logistics, hospitality and retail. This looks set to continue, particularly when it comes to logistics, which contributes 14 per cent to the GDP. We expect trade to increase in the years to come on the back of the increased spending plans of most governments in the region, including Abu Dhabi, Qatar and Saudi Arabia.” Tourism is also expected to grow at an average of 6.5 per cent per annum between 2011 and 2021, pushing up employment growth for the sector by 4.1 per cent per year, report said quoting  a Dubai Chamber of Commerce and Industry study. Dubai’s population growth is another driver of housing demand surge, said the report. The city’s population is the second largest in the country, after the capital Abu Dhabi, and is largely comprised of expatriates. “The population increased from 2.0 million in 2011 to 2.1 million in 2012, according to the Dubai Statistics Center. We expect it to reach 2.2 million in 2013,” the bank said in its report.  issacjohn@khaleejtimes.com Taylor Scott International