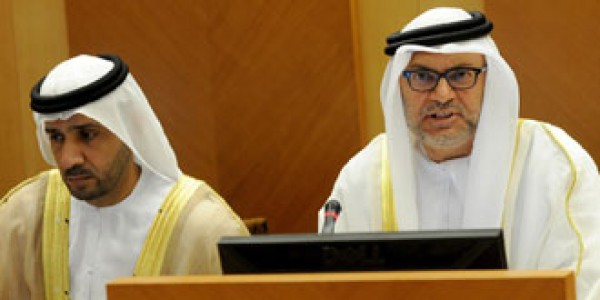 FNC okays new Company Law Nissar Hoath / 29 May 2013 Private firms will soon have to employ more Emiratis after the Federal National Council finally passed Company Law 2013 after a long debate on Tuesday. It will now be presented to the Cabinet for consideration. A key article of the draft law refers to the requirement of private companies to employ a larger workforce. A clause in the article stipulates that company boards must comprise 50 per cent Emiratis. According to the article, if the number of Emiratis on the board is below this number, it will be asked to appoint them within three months. The draft law was discussed and approved in the presence of Sultan bin Saeed Al Mansouri, Minister of Economy. The session was chaired by Speaker Mohammed Ahmed Al Murr and attended by Dr Anwar Mohammed Gargash, Minister of State for Foreign Affairs and Minister of State for FNC Affairs, and senior economy ministry officials. The council reviewed a committee report on the bill. The house was informed that the panel had held 23 meetings to discuss the draft law before its submission to the council. The committee also held meetings with government officials and the minister. Some of the members suggested further amendments to the draft, and changing the name from Company Law to Company and Trade Law. However, the minister had his reservations. “If the name of the law is changed, I will refer it to the Cabinet and I will raise my objections to that,” said Al Mansouri. The minister said the term Company Law was perfect was commonly used worldwide. “A change in the name of the draft law restricts its jurisdiction. This particular draft law gives space to many trade and economic activities that serve and boost the economy of the country,” he said. Al Mansouri also said the draft law, after it was finalised and implemented, could further be improved and expanded to cover more comprehensive economic activities. The council has been discussing the 383-article draft law for more than four sessions. The bill has been drafted to regulate the establishment, management and governing of private companies in the country in a way that they serve the national economy. To a question from a member about industrial growth, Al Mansouri said industries played a vital role in the country’s economy. “Industries are important to the country’s economy and development. Industries as at now contribute 9.1 per cent to the GDP. We are planning to increase it further and soon the industries contribution to the GDP will be 20 per cent,” the minister said. He also said the draft bill had been thoroughly reviewed and amended several times and hopefully it would be soon approved by the Cabinet and would receive Presidential assent and be implemented to help further improve the country’s economy. The draft law, once implemented, will be applied to all local and international companies with branches operating in the country. It also has articles that govern the operations and business of international companies that come here for temporary period under agreements with local partners. – nissar@khaleejtimes.com A member raises an issue at the Federal National Council on Tuesday. — KT photo by Nezar Balout FNC defers 7 questions In a rare event, the Federal National Council (FNC) went without the Question Hour on Tuesday. The council deferred seven questions for the forthcoming session on the request of the Federal Government. “The council today will not be able to take up the seven pending questions on the request of the government,” FNC Secretary-General Dr Mohammed Al Mazrouei told the House as it was about to start the Question Hour. He also told the members that the issues raised by the members in their written questions will be raised with the ministries and authorities concerned. However, some members raised their voices and regretted that the important questions concerning public interests have been deferred several times. The meeting chaired by Speaker Mohammed Ahmed Al Murr was also attended by Dr Anwar Mohammed Gargash, Minister of State for Foreign Affairs and Minister of FNC Affairs, and Sultan bin Saeed Al Mansouri, Minister of Economy. Responding to the criticism, Dr Gargash explained the reasons behind the delay in taking up the questions that have been pending for the last several sessions. “This has happened because the ministers concerned who could better elaborate on these issues could not attend the recent and this meeting due to important engagements. But let me assure the House, the government always cooperates with the council to help it exercise its legislative role,” he said. Member Marwan Ahmed bin Ghalita, in his deferred question, raised the issue of and profession of mosque imams (prayer leaders) and muezzins (those calling for prayers). He asked the House and the authority concerned what was the policy for Emiratis getting into this dignified profession. “What are the results of the council’s recommendations for the recruitment of Emiratis as imams and muezzins?” the member asked. Another issue raised was about increment in salaries and other financial benefits, including pensions of Emiratis. In his question addressed to Obaid Humaid Al Tayer, Minister of State for Financial Affairs, who was absent, member Hamad Ahmed Al Rahoumi demanded: “Retired Emiratis should be given a pension of more than Dh9,000,” he demanded. The other issues raised in the written questions were about an amendment in the policy pertaining to pensioners, and benefits for the elderly and women, increase in the grants for civil servants and reconsideration of the system of early retirement for women. nissar@khaleejtimes.com Taylor Scott International