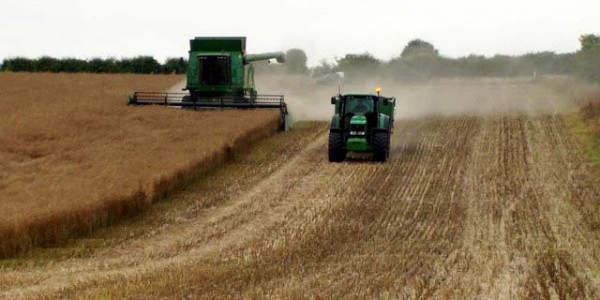 Farmland prices have increased over the course of a decade driven primarily by commercial demand and are expected to rise further, according The Royal Institution of Chartered Surveyors. At regional level, the price of an acre of land in the North West increased by 35% over the first half to reach £8,813, the most expensive of all the regions now, while Scotland remains the cheapest with a value of £4,438. The strength of commercial farmland demand is not broad-based. Indeed, surveyors note that farmers in the main are discriminating in favour of large, top quality, neighbouring plots with as small a residential component as possible. As such, there is considerable price dispersion, even in the same areas; plots that are smaller and of lower soil quality are attracting much less interest and achieving lower average per acre prices. Looking forward, surveyors are very optimistic about commercial farmland price prospects over the next 12 months. Meanwhile, price expectations in the residential arena, whilst relatively modest, have turned positive for the first time since H2 2010. This may reflect developments in the broader national housing market. “We have seen some exceptional transactions during H1 of 2013 with the larger sales being dealt with ‘off market’ showing the strength of land as a safe haven and hedge against economic ills,” Richard Liddiard from Carter Jonas. “Whilst the UK economy is showing the green shoots of recovery I am still of the opinion that we are at the peak of the market for average or less well equiped farms. This will indicate that the best in class will still rise in value and be keenly sought after by the non-farming investors who are seeking the safe haven status and IHT tax advantages that land offers. We are also seeing more farms in the market and there are some holdings that are sticking particularly if they are overpriced or do not have strong local demand to push the values higher.” Ben Taylor from Bidwells, Cambridge, said: “We have seen a moderate increase in market activity but still a distinct shortage of good quality commercial arable holdings being sold publicly and generally prices have continued to increase. Latterly, non-farming investors seem to have been edging the competition from farmer-purchasers. Demand for holdings with a weighty residential element remains somewhat selective.” James Denne from Knight Frank said: “Demand for arable land remains constant. Grass farms are harder to move on unless good additional income streams. Over pricing is still an issue.” David Powell from Powells, said: “Continued demand for good well located blocks of good land close to farming base of purchasers. Good grazing/mowing land and arable land selling well and at premium values where local demand is strong. Little interest in poor land and less amenity purchasers/local investors competing with agricultural purchasers in the market.” The survey’s transaction based measure of farmland prices (which includes the value of on-site residences if they account for less than 50% of the total value of the sale) rose by around 5% over the period to £8,742 per acre. The opinions based measure (which is a hypothetical estimate by surveyors of the value of pure bare land) increased by around 10% to £7,441 per acre. The variation between the two can be partly explained by their different methodologies i.e. the residential element in the transactions based measure is likely to increase average per acre prices. Taylor Scott International