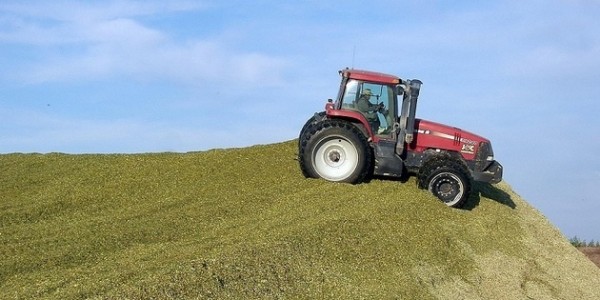 By Michael Byrne Image: Jess Johnson /Creative Commons Usually this is a pretty annoying debate tactic when it comes to science or otherwise: but look at Europe . Mainly, I’m thinking of transgenic organisms, which have been banned in many European countries as a result of public pressure (rather than science). But the European Parliment, is in the process of making policy changes on biofuels well worth taking a good look at, if not emulating: limiting crop-based biofuels. That might sound strange coming after a decade of biofuel boosting. Specifically, European laws passed since 2003 mandate a 6 percent reduction in carbon emissions and an increase to 10 percent of renewable energy use. However, these laws came before science had a chance to look at the larger picture, which revealed that the carbon footprint of crop-based biofuels was bigger than fossil fuels because they necessary involve carving out more land for crops (aka indirect land use change). This not only releases carbon from the soil but removes forests, which are better for scrubbing the air than agricultural crops. In 2012, the Parliament wisely added a caveat to its renewable energy laws: only 5 percent of transport fuel could come from fuel crops by 2020. Last week, the Parliament tweaked this slightly, upping the cap to 6 percent while incentivizing a separate 2.5 percent target. This all still has to be approved by the energy ministers of the European member states, which all have slightly different ideas about were the cap should be. “Until an agreement is reached, it is uncertain for investors and the environment what the future of biofuels will be,” Nusa Urbancic, of Transport and Environment NGO, tells Nature News . “What is certain though is that Europeans will have to keep paying for another seven years for biofuels that pollute more than the fossil fuels they are supposed to replace.” Indeed, the 2020 goal is a concession to industry, allowing companies that went all-in for biofuel crops to recoup their investment. Meanwhile, land will keep disappearing, swallowed into the maize and soy black holes. Three new studies from the Joint Research Centre in Brussels have also found that, expectedly, government-induced demand for crop-based biofuels is increasing the cost of food. This is true in America as well and, given that the country is the world’s leading producer of maize, pushing crop-based biofuels has global implications , particularly for countries highly dependent on U.S. corn. In the U.S. itself, the biofuel boom means farmers are tearing up barely farmable prairies in the northern Midwest at a rate not seen since the dawn of the Dust Bowl, which, if you’ll recall, was largely caused by the indiscriminant push into barely farmable, drought-prone grasslands. The U.S. doesn’t have crop-based biofuel limits persay . Corn and soy-based biofuels still count as renewable/”green” energy, but under rules passed in 2010, they count less toward mandated emissions reductions than, say, corn waste products. So there is some amount of disincentivizing. The boom continues regardless. Corn might only count for a quarter of the emissions reductions as waste grease in the eyes of the EPA, but farmers are still trying to grow it in North Dakota drought country. Making crop-based biofuels less valuable as renewable energy products might just mean farmers have to grow more of it. Again, this is an echo of the Dust Bowl, when grain prices tumbled due to a boom in supply. Farmers didn’t get out then either; they just planted more crops in even more inhospitable land to make up the difference. That didn’t work out so well. Taylor Scott International