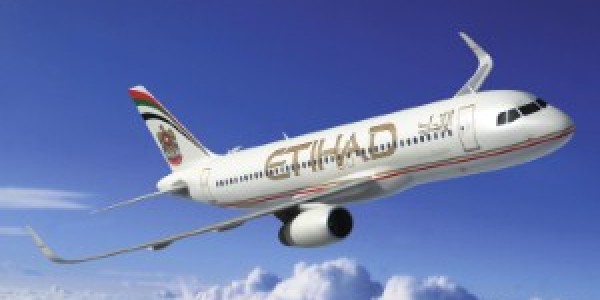 Bosses at one of the world's leading airlines have launched a brand new one-stop travel retail and check-in facility in Dubai.The Eithad Travel Mall opened yesterday (April 18th) and it will give people the chance to book a flight ticket, drop off their baggage and then board a luxury coach to Abu Dhabi International Airport. This new state-of-the-art facility will replace the firm's previous complex at Chelsea Tower on Sheikh Zayed Road.Both Abu Dhabi and Dubai have become popular destinations among tourists and businesspeople and it is encouraging to see stronger transport links being established between the two emirates.His Highness Sheikh Ahmed Bin Saeed Al Maktoum, chairman of the Dubai Aviation Authority and Emirates Group, opened the Etihad Travel Mall during a ceremony laid on by Etihad Airways president and chief executive officer James Hogan.Mr Hogan said that as the company approaches its tenth anniversary, the future looks really bright.”Etihad Airways is set on a trajectory to go farther and to also become the world's best travel company,” he remarked.”This new facility is a demonstration of our commitment to our guests within our home market, offering a more comprehensive service with a complete one-stop location for all of their travel needs.”Etihad continues to add services from the UAE and earlier this week it confirmed that a new route between Abu Dhabi and Belgrade in Serbia would start in June 2013.These are exciting times for the country's aviation sector and Dubai International Airport's growth has been particularly impressive.It was recently declared the world-leading hub for Airbus A380 aircraft, with 7,259 scheduled double-decker flights taking off to 28 different destinations in 2012.The airport has also become the second-busiest on the planet, as more than 57.6 million passengers passed through the complex last year.Plans are now in place to significantly increase the capacity of the airport and there is every chance it will be the world's most-used aviation hub in the next few years. Taylor Scott International