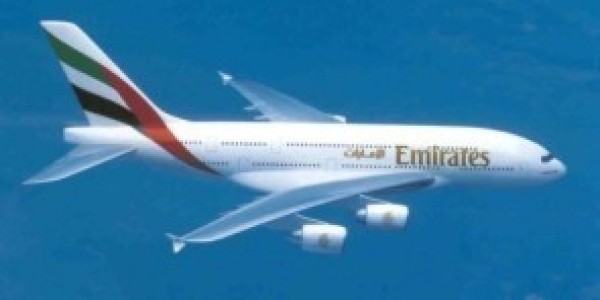 Emirates has announced that Brisbane will be the third Australian destination to be served by its doubledecker A380 planes.The airline already operates such services to Sydney and Melbourne and this latest announcement will ensure even more people can travel between Dubai and Australia.It will open up an extra 135 seats per flight – the equivalent of 1,890 a week – and the service will also go on to Auckland in New Zealand.Salem Obaidalla, Emirates' senior vice president of commercial operations in the Far East and Australasia, said the firm is the first to bring this revolutionary aircraft to the Queensland-based airport.He added that the decision to enhance services on this particular route was made on the back of rising demand for travel between Australia/New Zealand and the UAE.”The Dubai-Brisbane-Auckland route is a popular choice among business and leisure travellers alike and the new Emirates A380 service will be instrumental in helping Emirates meet its passenger demand as well as deliver considerable economic benefits through inbound seats and travel connections,” he remarked.Mr Obaidalla said Australia is an important market for Emirates and the country is in the top three countries on the carrier's international network.The new A380 offering will launch in October 2013 and by then the company will be providing six daily A380 services between Dubai and Australia.Emirates only started to offer A380 flights in 2008, but since then it has carried 14 million passengers on 35,000 trips around the world.The firm recently secured a deal with prominent Australian airline Qantas, which will further help to connect the two countries.Earlier this week (May 13th), the pair announced that New Zealand's minister for transport had approved the agreement. This is important, as Emirates is keen to increase its presence in New Zealand.President of Emirates Tim Clark labelled the organisation's relationship with Qantas as a “game-changing partnership” that brings together two of the world's leading carriers. Taylor Scott International