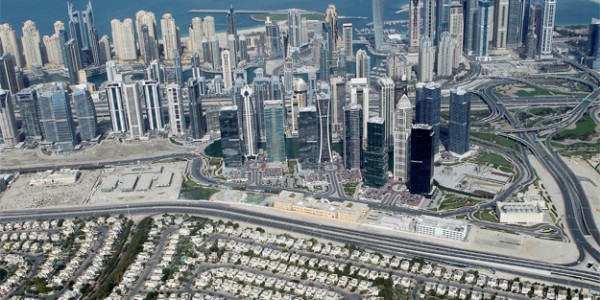 Dubai’s liveability score rises Ahmed Shaaban / 30 August 2013 While cities around the globe compete in providing the best living conditions, Dubai came third among the top ten in terms of improved liveability scores over the last five years. Ranking 77 out of 140 cities worldwide, the overall rating of the emirate touched 74.2 on a scale of 100, according to the latest findings of The Economist Intelligence Unit’s Global Liveability Ranking. Assessing liveability has a broad range of uses, from benchmarking perceptions of development levels to assigning a hardship allowance as part of expatriate relocation packages. Expecting a brighter future for Dubai, Roua Ramadan, a pharmacist from Egypt, said this was normal for the every developing emirate. “Since I have arrived here in Dubai in 2005, I can closely see exceptional and fast developments in every nook and corner.” Echoing the same, Wafaa Mohammed, a teacher, also from Egypt, said it had always been a dream for her to live and work in Dubai to enjoy a more stable, safe, and secure society with better and varied services. “Believe me, most of the services I and my family members enjoy here are not available in my home country.” Sharief Al Wakeel, a Syrian accountant, said protests made the world less liveable, and people felt more unsafe. “Wish the whole world would be an oasis for safety, security, welfare and prosperity as is the case in Dubai.” “The prudent leadership of the UAE in general, and Dubai in particular, has created a leader in each and every Emirati national who has become more loyal and loving to his/her country, and take the responsibility in protecting and keeping up such progress,” said Wael Safwat, a businessman from Morocco. The rating, part of the Worldwide Cost of Living Survey, quantifies the possible challenges to an individual’s lifestyle in 140 cities worldwide. Each is assigned a score for over 30 qualitative and quantitative factors across five broad categories: Stability, Healthcare, Culture and Environment, Education, and Infrastructure. Each factor in each city is rated as acceptable, tolerable, uncomfortable, undesirable or intolerable. For qualitative indicators, a rating is based on the judgment of in-house analysts and in-city contributors. The relative performance of a number of external data points is associated with quantitative indicators. Melbourne is ranked the most liveable city for the third year running in the year-on-year survey, followed by Vienna and Vancouver. Jon Copestake, editor of the survey, said the past five years had seen global liveability slip by 0.6 per cent, led by a 1.3 per cent fall in the score for stability and safety. “The Arab Spring has been most influential in pushing down global liveability, but unrest in Europe and China have also contributed whereas the ongoing civil war in Syria has made Damascus the least liveable city in the ranking.” While the threat of terror had a defining influence on liveability in the last decade, we could clearly see that civil unrest already had a significant impact on liveability in this decade, he added. ahmedshaaban@khaleejtimes.com Taylor Scott International