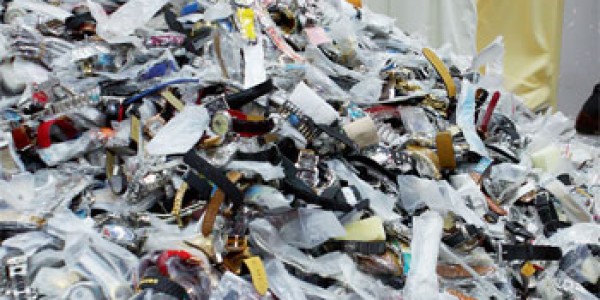 Dubai targets financial crimes Amira Agarib / 19 May 2013 DUBAI – Financial crime that was detected in Dubai topped Dh200 million during last year and the first quarter of this year, according to Dubai Police’s General Department of Anti-Economic crime. Department Director Major Salah Bu Osaiba said the police had arrested 371 suspects for involvement in those crimes — which relate to selling thousands of fake electronics and counterfeit products, using forged credit cards and money multiplication — with 130 cases coming in the first quarter of this year alone. The General Department of Criminal Investigation Director Brigadier Khalil Ibrahim Al Mansouri said the economic department was providing protection to trademark owners who chose Dubai to be their regional hub, while the police were exerting tireless efforts to help companies which were harmed by the sale of counterfeit products. Damage came in terms of lost sales and damaged company reputations, he said. Al Mansouri said Dubai’s reputation as a business hub attracted fraudsters interested in violating intellectual property rights, who had advanced technology which could produce high quality counterfeit products or defraud people through forged credit cards. The police were trained to differentiate between fake and genuine products, he said. Despite the numbers, the figures actually represented a reduction in economic crimes, with money multiplication scams and counterfeit crime both down. The police had recorded 130 economic crimes during the first quarter of the year, compared with 140 for the same period the previous year, with Al Mansouri attributing that to a decrease in the number of criminals plying their trade here, including a smaller number of sources importing fake products. Popular counterfeit products, not surprisingly, include the iconic Apple technology devices, many of which had been found in the Naif area, he said. Al Mansouri revealed the Anti-Economic Crime Department had arrested three Nigerians and three Indians, while the police were chasing a fourth African, on charges of possession of forged credit cards. The police received information that the suspects had purchased electronic appliances from a shop in Al Khaleej Al Tijari area, using forged credit cards. The Indian owner of the electronic shop told the police that in February, two Africans and an Indian had wanted to purchase phones worth Dh71,540 using two forged credit cards. However, he said he could not deliver the goods as the men wanted such large quantities of material that the shop needed time to get the products. On the same day, the shop received an e-mail from the bank notifying staff that the two cards were forged. A salesman at the same shop told the police that was not the first time the men had visited the store, with one of the Indian men calling the salesman in January, telling him there was a client who wanted to buy goods with credit cards. The next day the man came with an associate to the shop with the pair requesting iPhones and Samsung phones worth Dh53,000, which they purchased. The salesman told the police that he had not received any notification from the bank at the time. The police set a trap to arrest the suspects when they returned to the store to collect the phones worth Dh71,540 they had previously purchased. Other suspects were arrested in other areas of Dubai, many of them fiercely resisting arrest before attributing the forged credit cards to other suspects among the group. One suspect confessed to owning the forged credit cards, but said he had received them from other people and was only to receive five per cent of the total profit. During raids on the various flats of the suspects, the police seized seven forged credit cards. Conterfeit goods The Anti-Economic Crime Department has arrested the manager of a company for selling counterfeit products, in the Naif area. Police officials received information that a company, located near Maktoum Hospital which had warehouses in Al Qusais area, was selling fake Philips and Osram products. The products were stored in warehouses, in violation of trademark laws which harmed accredited agencies in the country. After verifying the tip-off, the police got permission from the Public Prosecution and raided the shops and warehouses of the company. The company manager was taken by the police for interrogation, where he confessed that he owned the products. The police sent a sample to their forensic laboratory to confirm the products were fake, while the manager was released on bail. The products in contention are being held by the police. In a second case, the police arrested a Chinese national and two Bangladeshi nationals after receiving information that a company located in the Naif area, opposite Hyatt Regency hotel, was selling fake Apple products including iPhones and accessories. After verifying information, the police took legal action and raided the company. This started a string of accusations that the fake goods had come from another company. The police set up a trap with a representative from another company in January, and told him they wanted to buy 500 phones, coming to the value of Dh123,000 — giving a down payment of Dh2,000. An invoice was issued, and a time for the delivery of the phones was specified. The police then raided the shop and arrested several more suspects, who in turn pointed the finger at a company called Momo International Electronics, based in Naif. The police then raided this company, where they seized 108 iPhones which were lying unpacked, without their cartons, alongside 1,100 empty cartons. The suspect told the police that the company was close to a flat, which was then also raided leading to the seizure of another 340 iPhones. The police have sent a number of the seized goods to the police forensic laboratory to verify whether the goods were counterfeit. news@khaleejtimes.com Taylor Scott International