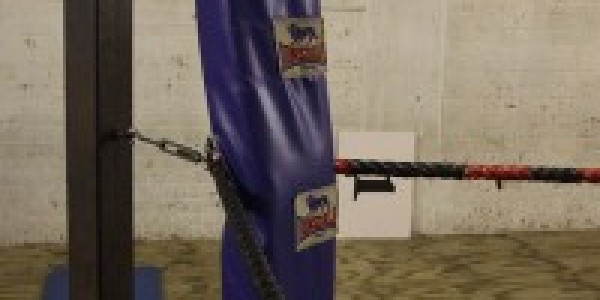 A number of renowned sporting stars will take part in a series of amateur boxing matches in Dubai on Friday (May 24th).Former rugby and cricket players will square off against each other at Dubai Sports City, with the proceeds from the event going to the Fighting Chance Dubai charity.The bouts will pit athletes from the northern hemisphere against contenders from the southern hemisphere and it is likely to be a memorable occasion.Former England cricketer Adam Hollioake is set to take part in the fight night and he will be faced by ex-New Zealand rugby player Carlos Spencer.Hollioake told the National that he is looking forward to the charitable event.”I know [Spencer] is a big strong boy, there is no doubt about that. If it was a beauty competition, he would definitely beat me,” he was quoted as saying.”He has got the body, hasn't he? But I'm a pretty tough dude myself, so we'll just have to see what happens.”Hollioake is no stranger to competitive bouts, as he made the unlikely transition into cage fighting when he retired from cricket.Former Wales winger Shane Williams is also on the card and he will step into the ring with ex-South Africa scrum-half Bolla Conradie.Not only is this event being held for a good cause, but it also highlights Dubai's status as a sporting hub.The city is accustomed to staging high-profile competitions and more and more sports are considering the emirate when organising future tournaments. There is a certain glamour about Dubai that promoters seem to love.Rumours have been circulating that Dubai could be in line to host one of the most highly anticipated boxing matches of the year.Manny Pacquiao revealed earlier in 2013 that he is looking for locations outside the US to stage his next big fight and his team suggested that Dubai is a possibility.While it is not clear exactly who the Filipino ace will face, the fact that Dubai is even being mooted as a potential destination for the encounter emphasises just how far the emirate has come. Taylor Scott International