Dubai consumers ‘are feeling good about the economy’ 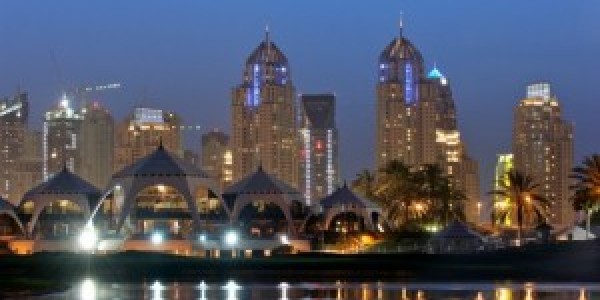 Consumers in Dubai are far more optimistic about the state of the economy than they were just a few months ago, a new study has shown.According to the Dubai Department of Economic Development's (DED's) latest Consumer Confidence Survey, 90 per cent of people living in the emirate in the first quarter of 2013 were happy that things were looking up.This was a significant improvement on the fourth quarter of 2012, when 74 per cent of survey respondents felt the economy was in good shape.In addition to this, around 95 per cent of citizens think that Dubai's gross domestic product will expand by the end of this year.Leaders at the DED believe that rising real estate prices and the booming tourism sector are two of the main factors behind this renewed sense of optimism.Indeed, 66 million tourists are expected to visit Dubai in 2013 and local businesses will obviously benefit from the influx of holidaymakers and business travellers.Encouragingly, the research also indicated that more people who live in Dubai are predicting better job opportunities in the near future. Some 87 per cent said they expect to see more job vacancies cropping up in the next 12 months.Meanwhile, 82 per cent of workers in the city rate their current job prospects as either “good” or “excellent”, which is up from 71 per cent in the fourth quarter of 2012.”The prevailing consumer sentiment in Dubai shows an increasing level of confidence in the emirate's ability to stimulate economic activity, create jobs and generate wealth,” commented director general of the DED Sami Al Qamzi.”Dubai's bold announcements of a strong commitment to development and pledge to make the emirate more attractive for investment and business is producing the desired results.”Another recent study – this time conducted by Friends Provident International – appeared to back up Mr Al Qamzi's suggestions, as it revealed that investors are increasingly seeing the UAE as a safe haven and Dubai-based property assets are in particularly high demand at the moment. Taylor Scott International