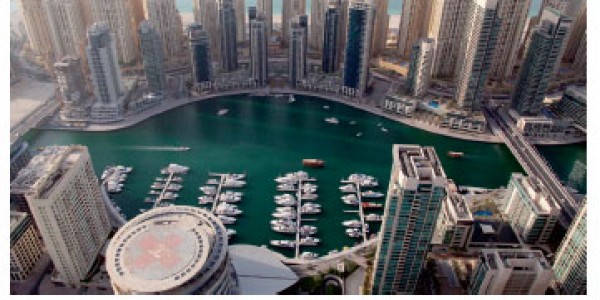 Dubai among top four in prime global cities index Issac John / 24 May 2013 Dubai recorded 18.3 per cent surge in luxury home prices to rank among the top four in “Prime Global Cities Index” as prime property prices across the world fell by 0.4 per cent in the first quarter 2013. While Tokyo led worldwide luxury residential market slowdown with a 17.9 per cent decline in prices, Jakarta, Bangkok and Miami topped the table along with Dubai in the quarter, recording annual price growth of 38.1 per cent, 26.1 per cent and 21.1 per cent respectively, Knight Frank, a leading independent global property consultancy said in research note. James Lewis, head of Knight Frank Middle East, told Khaleej Times that the catalyst for the recovery in Dubai’s prime property market was the Arab Spring, two years ago. “Since then, with a new-found confidence, established locations especially in the prime villa markets have attracted positive capital inflows from end users and investors alike, taking advantage of discounts to previous peak prices in 2008-9,” he said. Lewis said the current demand profile for prime properties underpins Dubai’s strength of diversity. “Origin of buyers includes the GCC, India, Pakistan and Russia. In addition, the broadening international appeal of Dubai when compared to other mainstream international centres will continue to attract investors from further afield including Africa,” said Lewis. “Also of recent development is the emergence of Asian investors. The cooling trends in the Hong Kong and Singapore domestic markets had resulted in foot loose investors considering the UAE,” he said. The Knight Frank Prime Dubai basket covers a number of key prime locations where it tracks buyer activity and transactional prices achieved. The index, established in 2011, is considered definitive means for investors and developers to monitor and compare the performance of prime sales markets across key global cities. According to the study, prime property prices across the 29 cities tracked by the index rose by 3.6 per cent in the first quarter. Cities in Europe remained the weakest performers, recording a fall of 23 per cent on average. “Prime locations by their very nature tend to recover quickest and hold value. Villa units in these mature and established locations with proven community managers are perhaps not unsurprisingly delivering robust capital returns,” said the report. Cities in Asia, North America and the Middle East continue to dominate the top half of theresults table while seven of the bottom ten rankings are occupied by European cities, it said.  Knight Frank  expects strongergrowth to emerge in the second quarter as “buyers continue to search for luxury bricks and mortar as a way of sheltering their assets from the Eurozone’s continuing turmoil and thefragile global economy.” In each year since 2009 Knight Frank Prime Global Cities Index, has repeatedly recorded its weakest rate of growth in the first quarter of the year. Tokyo, recording a 17.9 per cent fall in prime prices, was the weakest-performing city in the year to March 2012. “However, after nearly 15 years of deflation, the Bank of Japan has announced radical monetary-easing measures, and as a result business sentiment as well as demand for prime property is now strengthening,” the report noted. “Unlike Japan, the governments of China, Hong Kong, Malaysia and Singapore face the opposite challenge; trying to restrain growth.”   issacjohn@khaleejtimes.com Taylor Scott International