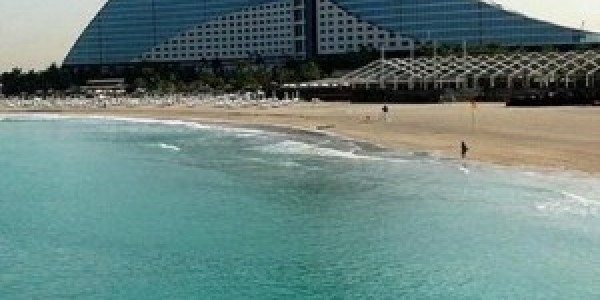 Leaders of Dubai's Department of Tourism and Commerce Marketing (DTCM) have outlined ambitious plans that are aimed at boosting the number of people visiting the emirate.Chief executive officer of strategy and tourism sector development at the DTCM Dr Ahmad Belhoul told Emirates 24/7 that money spent by holidaymakers currently accounts for five per cent of the city's gross domestic product and he is hoping this will reach double figures by 2020.Although 66 million people are expected to fly into Dubai International Airport throughout 2013, many of this number will be business travellers or merely stopping over on long-haul flights to places like Australia.Dr Belhoul hopes that a wave of exciting new projects – such as the Al Fahidi historical district redevelopment – will encourage more people to stay in the emirate. He is targeting 20 million annual visitors in the next seven years.”The average tourist in Dubai spends [between] $250 and $300 (£164 and £197) per day, with annual income generated at AED 600 million (£107 million). Our plan is to increase this number to AED 840 million by 2015,” he was quoted as saying.In order to reach its target, the DTCM is looking to diversify Dubai's tourism offerings, giving visitors a lot more to explore.Mr Belhoul continued: “In the past, the core strength in tourism has been beach holidays, shopping and sightseeing. To hit the 20 million tourist figure, we are looking at different targets where gaps remain.”The emirate will focus particularly closely on promoting sports and heritage trips and a lot of emphasis is being placed on cultural tourism too.Numerous studies have shown that Dubai is already an immensely popular place to take a holiday and the city was recently hailed as the leading destination in the Middle East at the prestigious World Travel Awards.The emirate will also benefit from the plethora of brand new upmarket hotels and resorts that are being built throughout the area.  Taylor Scott International