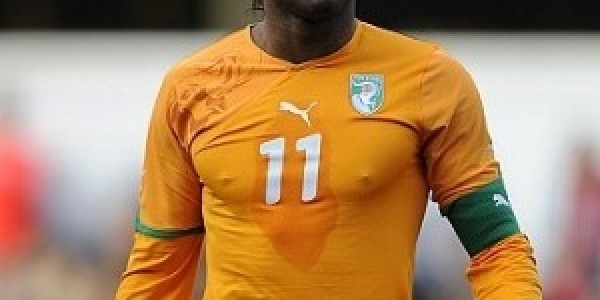 Former Chelsea star Didier Drogba joined a number of top international models to launch the glamorous Vogue Cafe in Dubai.The establishment is Conde Nast's first restaurant in the region and the company pulled out all the stops to ensure the grand opening was an occasion to remember.Drogba – who played for Turkish club Galatasaray last season – shared the red carpet with renowned models Karolina Kurkova and Petra Nemcova at the glitzy even in the Dubai Mall.The 35-year-old Ivory Coast striker told the National he was glad to be back in Dubai.”I love being here, especially right now when the weather is so bad in Europe,” he was quoted as saying.Drogba made his name playing for Chelsea in the English Premier League, having signed for the Blues from Marseille in 2004.He won numerous trophies during his time at Stamford Bridge, most notably the Uefa Champions League in 2012. The powerful forward scored the goal that took the final against Bayern Munich to extra time and then later stepped up to take the decisive penalty in the resultant shootout. Dubai is accustomed to welcoming such high-profile stars and there is a strong chance you will see a celebrity during your stay in the city, especially if there is a swanky new club or restaurant being unveiled.This is the second Vogue Cafe launched by Conde Nast, as the firm previously opened one in Moscow and the organisation's director of restaurants Stuart Nielsen said plans are in place to expand even further in the UAE.”The Middle East is a very exciting market for us and one that we are proud to be a part of,” he commented.It is fair to predict the high-end Vogue Cafe will be a big hit among the rich and famous holidaymakers who flood into Dubai every year and it will certainly be very interesting to see exactly where Conde Nast opens its next Gulf-based venue. Taylor Scott International