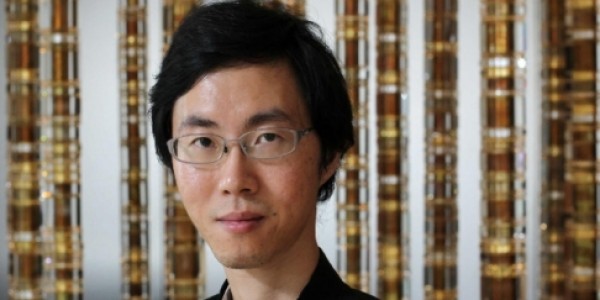 More time is needed for the nation’s seven pilot exchanges to build up sufficient data-collection infrastructure and trading rules Friday, 14 June, 2013 David Tang of Tianjin Climate Exchange says China’s carbon bourses need verification of the data they receive. Photo: Dickson Lee The mainland will not be in a position to form a national exchange to trade carbon emission rights until after 2015, according to an  official of one of seven pilot exchanges. It will take time for the nation’s seven pilot exchanges to build up sufficient data-collection infrastructure and trading rules, let alone operate smoothly and come up with a model that works nationwide, said David Tang Yue-tan, secretary of the board of Tianjin Climate Exchange. “China has committed to developing many different carbon markets over the next three years, and hopefully a national market sometime between 2016 and 2020,” he told a climate-change investor forum. “In the past, rumours had it that that a national market could be up and running by 2015. But, I can assure you, that is just not feasible.” Besides having good data, the exchanges would also need reliable and independent verification of the information submitted, he said, adding that a certain degree of liquidity was necessary for efficient price discovery, which meant that financial intermediaries would be enlisted. China has not signed binding international agreements on carbon emission reduction. It has said it would aim to reduce its energy intensity by 17 per cent between 2011 and 2015. Intensity is measured by emission per unit of gross domestic product. In late 2011, Beijing ordered carbon exchanges be set up in pilot form. There was to be one in each of Beijing, Tianjin, Shanghai, Shenzhen and Chongqing, as well as the provinces of Guangdong and Hubei, by the end of 2013. On Tuesday, the Shenzhen one will become the first to start operating. Tang said Tianjin was in the middle of the pack in terms of preparedness to launch. Each of the exchanges will identify industries to be subject to emission quotas. Polluters that emit less than their quota will receive credits that they can sell on one of the exchanges to those which exceed theirs. Such “cap and trade” market systems have been operating abroad for decades and are believed to be the most efficient way to allocate responsibility and reduce pollution. Since polluting  heavy industry  forms a bigger portion of Tianjin’s economy than “post-industrialised” cities like Beijing, Shanghai and Shenzhen, Tang said it held the advantage of being able to jostle for a key role in any  national carbon exchange. “Our target is to become the backbone of the national exchange,” he told the Post on the sidelines of the conference. “Our industry structure is more suited to cap-and-trade, since it is more cost efficient to subject larger polluters to emission caps than small ones.” Tianjin has identified more than 100 firms in industries including power  generation, oil, and steel  as targets for the  trade. Tang said China’s unique situation – including its state  energy pricing that does not allow emission costs to be easily passed on to end users  – meant it should adopt flexible emission caps. This would allow it to avoid what happened in Europe: carbon credit  prices plunged  when recession hit. Taylor Scott International