Carbon Pricing Is Catching On Around The Globe — Just Not In Washington, D.C. 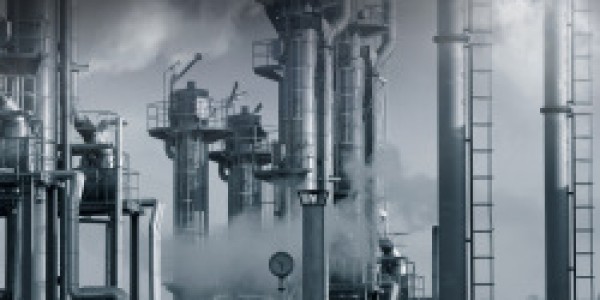 By John Upton Shutterstock Should it cost money to do this?      More than 40 national governments and 20 states or other “sub-national” governments are now charging polluters for emitting greenhouse gases, or plan to start in the coming years, according to a new report from the World Bank . The U.S., of course, is not one of the countries with a national cap-and-trade plan or carbon tax, but California and parts of New England are pushing ahead despite Congress’ refusal to act. All in all, about 7 percent of the world’s greenhouse gases are now priced — the equivalent of 3.3 gigatons of carbon dioxide out of the total 50 gigatons emitted annually worldwide. Not a lot. But, says the report, “If China, Brazil, Chile, and the other emerging economies eyeing these mechanisms are included, carbon pricing mechanisms could reach countries emitting 24 [gigatons of CO2 equivalent] per year, or almost half of the total global emissions.”    From The W ashington Post : The World Bank report also notes that many cap-and-trade programs are beginning to join together — California is partnering with Quebec, and the E.U. has joined up with Switzerland — which, in theory, should make it easier for companies to make the easiest cuts first. And many programs are trying to expand coverage. Australia and Korea are hoping to get 60 percent of their emissions covered, while California is aiming for 85 percent. That said, the World Bank concludes that there hasn’t been nearly enough progress to avoid the worst effects of global warming. “The current level of action puts us on a pathway towards a 3.5–4°C warmer world by the end of this century, [which] would threaten our current economic model with unprecedented and unpredictable impacts on human life and ecosystems in the long term.” What’s more, many of these pricing programs could prove fleeting. In Australia, for instance, Liberal leader Tony Abbott has promised to dismantle the country’s carbon law if his party gains power in the September elections (which is looking likely). So carbon pricing could just as easily shrink as expand in the years ahead. And even where cap-and-trade systems are in place, polluters aren’t paying a hefty sum. Many systems are awash with a glut of carbon credits and allowances, which has pushed prices to “a historic low,” the World Bank says. From the report: Under conditions of lower growth the demand for carbon assets from compliance buyers fell [since the global economic crisis of 2008-09]. The imbalance created by reduced demand and an unchanged supply (put in place in a more favorable economic environment) in the main carbon markets has led to a surplus of allowances and credits in the market, causing carbon prices to plummet since mid-2011. Kyoto offsets are currently being traded at a few Euro (€) cents, while EU Allowance (EUA) prices fell from about €30 in mid-2008 to lows of below €4 in early 2013, substantially less than what is needed for a transition to a sustainable, low-carbon world. John Upton is a science fan and green news boffin who tweets , posts articles to Facebook , and blogs about ecology . He welcomes reader questions, tips, and incoherent rants: johnupton@gmail.com . Taylor Scott International