Carbon Credit Trading – A Boon Or A Bane 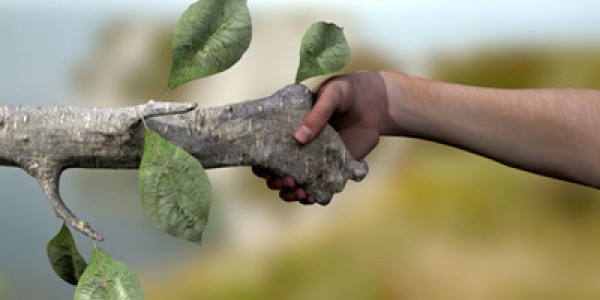 BY: SHIVANI KHANWILKAR MAY 16, 2013 13:58 Carbon credit generating a $1 billion business in 2012 for India has thrown up huge business opportunities for the developing economy from which emerging business can hugely benefit but tribal societies across the globe are in a dilemma over its market driven mechanisms. India will continue to benefit more and more out of the sale and utilization of Carbon Credits / Certified Emission Reductions (CER), should it be given more clarity from regulatory authorities and incentives by way of more tax subsidies. It was also expected from the 2013 union budget that Section 10 of the Income Tax Act, 1961 be broadened to specifically include exemptions for incomes arising from sale of carbon credit entitlements. Carbon Credits Proposed tax implications on sale of carbon credit / CERs under Direct Tax Code needs to be replaced with a single provision of adequate disclosure on sale or utilization of carbon credit, which will indeed motivate industrial undertakings to contribute more towards corporate social responsibilities and help to protect the environment and natural resources. Recently, Himachal Pradesh became the first state in India to sign an agreement with the World Bank to secure carbon credits under the Clean Development Mechanism (CDM) project for 11 watershed divisions under the Mid-Himalayan Watershed Development Project. The project aim is reforestation in watershed areas, improving livelihoods, and generating carbon revenue for the community. The CDM agreement is estimated to fetch a carbon revenue of at least Rs 20 crore for the first crediting period of 20 years. “The carbon revenue will primarily go to the village community and provide an incentive to protect watershed and forests,” says Rajan Samantraray, World Bank team task leader for the project. The benefit accruing to the community and private landholders is projected to be about Rs 2,500 per hectare, depending on tree growth and other factors. However, there are some people, especially tribal communities, who are opposed to such schemes. Tribal societies around the world are concerned that such schemes, especially its market based driving mechanism, would end up dictating terms to countries on forest management and bypass the poor who depend on forests for a livelihood. Instead of aggressively changing behaviors that emit CO2 and other emissions in the first place, people and companies achieve a feel-good-green state simply by buying carbon offsets. No doubt, the purchase of these offsets funds does help to “reduce, avoid, destroy or sequester” carbon dioxide so that it cannot enter the atmosphere but it defeats the purpose when the offset purchasers are emitting back at home in excessive of what is  traded and the emissions go unchecked. Another criticism is that the voluntary market is highly unregulated and offers much scope for corruption and illegal deals. Unchecked prices are the biggest drawback of these markets. One of the largest emitters of Greenhouse gases happens to be USA, but ironically, till date it has not ratified the Kyoto Protocol, implying that it is not bound by any carbon regulations. Its unregulated emissions only hamper the carbon reduction efforts in other parts of the world. Carbon trading is a system whereby companies that produce carbon emissions, first purchase credits, allowing them to emit a specified amount of carbon into the atmosphere. In effect, this exchange of credits is a trade, in which a firm which has successfully curbed its emissions below the emission quota is in a position to sell some of its carbon credits to a firm which has exceeded its quota or predicts that it will do so in the future. So the earning that a firm makes from selling its credits is like a reward to it for reducing its emissions. On the other hand, the cost of buying credits acts as a penalty for a firm for its inability to limit its emissions to the assigned quota. Carbon credits are increasingly becoming a key component of national and international emissions trading scheme. Taylor Scott International