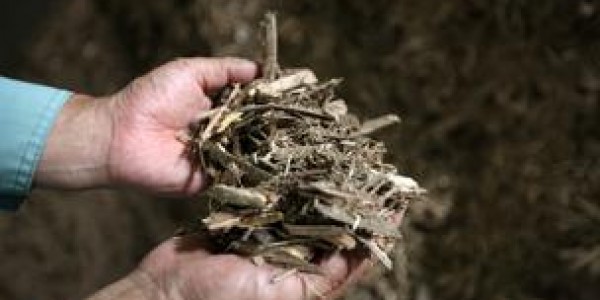 Biomass revenues could reach billions with government help, Navigant says Tomohiro Ohsumi | Bloomberg Wood chips that are burned to produce electricity at a power plant. Power plants fueled by biomass likely will rake in an estimated $11.5 billion a year in revenues worldwide by 2020, according to a new study from Boulder’s Navigant Research. Biomass is defined as any organic material that can be burned and used as a fuel source, including switchgrass, corn stalks and woody residue. Burning biomass to produce electricity offers several advantages, according to Navigant. It can be burned on demand, to produce electricity that’s dispatchable — meaning it’s available when its needed, according to MacKinnon Lawrence , a principal research analyst with Navigant. It also can be used in existing industrial systems, such as those that combine the production of heat and power. It also can be used onsite at biorefineries, which use biomass to produce fuel. “Offering dispatchable, baseload support to the grid with high load reliability, biopower will continue to play a cornerstone role in meeting renewable energy targets,” Lawrence said. “Logistical challenges associated with the collection, aggregation, transportation, and handling of biomass, however, will continue to limit the commercial potential of biomass power generation,” he said. But government mandates, in the form of targets mandating the use of biomass in power and heat portfolios, will dictate the expansion of the bio-power market, the report said. In May, Xcel Energy (NYSE: XEL), the state’s largest electricity and natural gas provider, announced it had asked Colorado regulators to approve its request for proposals for a power plant fueled by burning “forest biomass.” The Navigant report, titled “Market Data: Biomass Power Generation,” is available here . Cathy Proctor covers energy, the environment, transportation and construction for the Denver Business Journal and edits the weekly “Energy Inc.” newsletter. Phone: 303-803-9233. Subscribe to the Energy Inc. newsletter Taylor Scott International