Biofuels ‘Will Meet RFS Mandates Through 2016’ 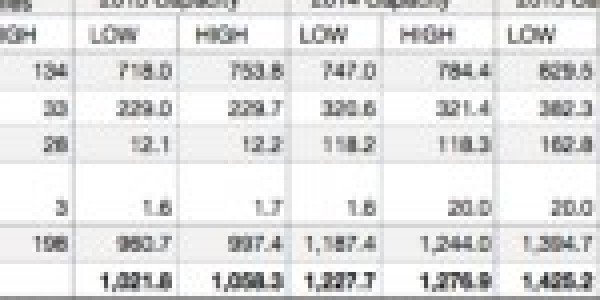 September 3, 2013 There will be sufficient supply of advanced biofuels to meet the US Renewable Fuel Standard through 2016, according to Environmental Entrepreneurs’ (E2) annual assessment of the advanced biofuel industry . The report comes amidst renewed scrutiny of the RFS from Congress this summer, as the oil industry seeks to roll back the renewable fuel requirements . The RFS requires that the majority of future growth in biofuels production come from non-food cellulosic biofuels, and the slower than expected commercialization of the cellulosic industry has caused some to lose patience with the program, E2 says. The report suggests that the policy is beginning to deliver on its stated purpose of developing a domestically produced, clean-burning alternative to oil. The assessment says advanced biofuels capacity for 2013 is 1 billion gallons gasoline equivalent while capacity for 2015 is between 1.4 and 1.6 billion gallons gasoline equivalent. Additionally, Some 160 commercial scale facilities planned, under construction, or complete from 159 companies and private investment in the advanced biofuel industry totals over $4.85 billion since 2007. Federal loan guarantees exceed $1.1 billion since 2008, the report says. Nine of the current biorefinery projects have received these loan guarantees. To qualify as advanced for the E2 report, a biofuel must deliver at least a 50 percent reduction in carbon intensity compared to petroleum using calculations developed by the California Air Resources Board. Biodiesel remains the dominant advanced biofuel today and is expected to remain the forerunner through 2016. So-called drop-in fuels show significant progress and the report authors expect them to contribute more substantially to overall advanced biofuel capacity over time. The EPA, which administers the RFS, is expected to announce biofuel volume requirements for 2014 sometime over the next month. And while the report shows that the biofuels industry can meet near-term production targets, even under the best circumstances, advanced biofuels can account for only 0.7 percent of US fuel demand — suggesting that while biofuels can be part of efforts to cut oil use, they must be paired with other solutions such as expanded electric vehicle use and greater fuel efficiency, E2 says. California is ahead of the biodiesel curve , according to a study published last month by E2 and Environmental Defense Fund. Growing production in the state shows California companies have started capitalizing on this low-carbon fuel. Companies profiled in the report credit California’s Low Carbon Fuel Standard (LCFS), which calls for lower emissions from transportation fuels, with driving demand for and growth of biofuels in the state. Taylor Scott International