Biofuels Could Lead To Billions in New Capital Investments 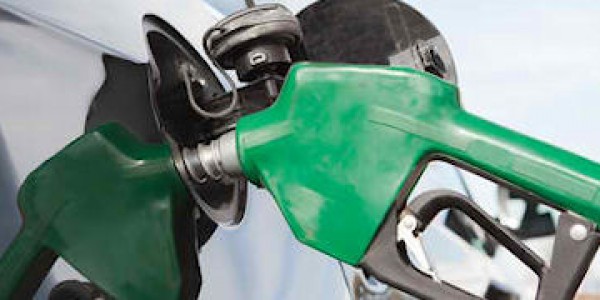 Research firm finds new capital investments in biofuels could tally nearly $70 billion over next ten years Published: Jul 23, 2013 Though biofuels appear to be expanding more slowly than originally projected, they will soon grab a stronger foothold in global infrastructure, and may translate into $69 billion worth of new capital investments, says energy research firm Navigant. According to their latest research, the firm says even in the wake of slowing overall biofuels growth and a renewed interested in fossil fuel sources, the next wave in advanced biofuels is nearing commercialization and is expected to advance significantly. Projected revenue from biofuels production, Navigant says, could reach $7.6 billion by 2023. “Conventional ethanol, derived from corn starch, coarse grains, and sugarcane, is expected to remain the largest segment of biofuels over the next 10 years despite facing increased scrutiny as a viable long-term alternative to fossil-based liquid fuels,” says Mackinnon Lawrence, principal research analyst with Navigant Research. Research firm finds new capital investments in biofuels could tally nearly $70 billion over next ten years “The fastest growing segment in the industry, though, will be advanced biofuels such as advanced ethanol, biobutanol, and green diesel, which are moving beyond the pilot and demonstration scale at a handful of projects across the globe,” Lawrence adds. But supply and demand policies will play a critical role in the development of the biofuels market, Navigant points out. Specifically, the firm says targeted production is expected to surpass both obligatory and voluntary blending policies by 2019, assuming actual production will keep pace with current supply targets. “This imbalance is expected to have a significant impact on ethanol and biodiesel blending policies at the country level,” the research says. But Navigant also projects that policy makers could capitalize on greater supply and expand existing blending mandates to encourage greater integration of biofuels into the domestic fuel mix. Though 2019 is more than five years off, some analysts project the “blend wall” – or the point at which more biofuels are made than can be legally blended into fossil fuels – will arrive as soon as next year in the United States. In a February commentary, University of Illinois economists Scott Irwin and Darrel Good explained that in the U.S., policies such as the Renewable Fuels Standard will mandate that a certain amount of biofuels is produced, but the consumption has to increase to necessitate more investment and expansion in the industry. “It seems unlikely that E85 consumption could increase from around 100 million gallons today to a total of 5 billion gallons in 2015. This far exceeds the current E85 fueling infrastructure (around 600 million gallons per year),” the economists wrote, noting that “we are also skeptical that E15 consumption could increase anywhere near the needed 5 billion gallons by 2015 due to a variety of limitations.” Despite the uncertainty surrounding biofuels policy and the potential of the industry to grow, however, Good and Irwin note that EPA has the authority to publish an advanced ethanol mandate – similar to what Navigant’s research expects – thereby expanding existing biofuels policy and continuing with the RFS for the next several years. Taylor Scott International