Arabic learning: Where have all the men gone? 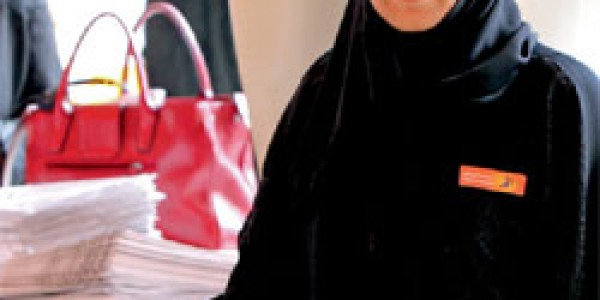 Arabic learning: Where have all the men gone? Dhanusha Gokulan / 16 May 2013 About nine years ago, there used to be at least 600 students, mostly female, learning the classical Arabic language at the UAE University in Al Ain. Today the same class houses only 70 students, all women. “Only one or two male students give in their applications to study the course. The university requires at least five students to set up a department. If you were to compare it to the 90’s, yes, the interest in learning classical Arabic or ‘Fusah’ has definitely dropped over the years. And only women show interest in learning the language. We don’t have any male students,” observed Fatma Al Braiki , the head of Arabic Language and Literature Department, UAE University. “The government is taking several initiatives to change this trend. But the problem lies at the grassroot levels and in the mind-set of people,” she said. Al Braiki attributed confused career aspirations and faulty teaching of Arabic in schools as two of the main reasons for the drop in students of Arabic language. “Most of our graduates end up with jobs in the Ministry of Education as teaching professionals. And Emirati men are not interested in teaching as a profession,” stated Al Braiki. Fatma Al Braiki spoke to Khaleej Times on the sidelines of the second day of the Arab Media Forum. She emphasized the fact that there is a stark difference between the ‘slang’ or colloquial spoken Arabic, and the classical or ‘Fusah’ Arabic. “Arabic is a beautiful language. The young must understand and accept that. Also, the method of teaching Arabic in schools is a few centuries old. Most high school students who come to university have very low knowledge about the language and it is only because they are not well educated about it,” added Al Braiki. “Youngsters nowadays want to speak English because they can get away with making mistakes while conversing in English. They take it for granted that English is not their native tongue and it is OK if they goof up. But in schools across the countries, most Arabic teachers reprimand students heavily for making mistakes in Arabic. The technique of teaching Arabic must also change, because it is very old,” she added. The students, according to Al Braiki, can be introduced to Western methods of language teaching. “I sometimes teach my students Arabic by means of songs and rhymes, sung in Fusah and it has shown some very positive results in the way students understand the language,” she added. Younger children can also be introduced to cartoons and programmes that encourage traditional language speaking skills. The university head also strongly recommended that non-native Arabic speakers also try and learn the language. “It would help in preserving the language immensely,” she added. However, in a panel discussion at the forum, titled ‘Arab the Dilemma of Arabic Language: The Role of Media’, it was said that the media has helped the language to develop and adapt to modernity. The Arabic language is not in danger. It is being reborn and enriched with the support of media, according to experts. Farouk Shousha, Secretary-General, Academy of Arabic Language, Egypt, defended the media and encouraged the role of the media in enriching the Arabic language. “Arab viewers and readers are now familiarising with new terms from foreign language, which helps in enriching the language. Media is not taking part in the so-called massacre of the language, instead it is saving the language,” he said. Ziad Al Drees, writer, Al Hayat newspaper and Vice-Chairman of the Executive Board, Unesco, said the language is being reborn. “Of course the massacre was some 10 years ago, but now the media is responsible for the revival of the language. I can say the new media, particularly Twitter, is an accomplice.” “I don’t think the language is in danger.” He also mentioned an Unesco initiative to honour the language by observing a World Day for Arabic on December 18. Samir Atallah, writer, Asharq Al Awsat newspaper, justified the ‘Arabizi’ phenomenon saying that in the evolution of a language many foreign terms and words get adapted. dhanusha@khaleejtimes.com Taylor Scott International