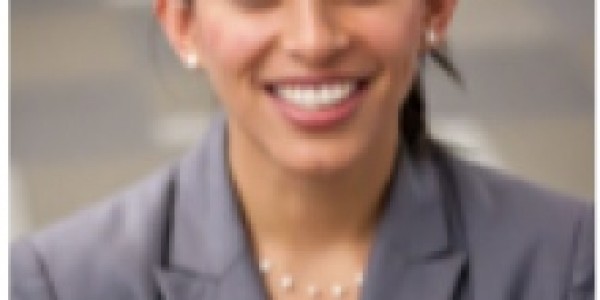 une 3, 2013 By Emily Reyna Emily Reyna Senior Manager of Partnerships & Alliances for CA’s Climate & Air Team, Environmental Defense Fund Six months ago, California launched the largest economy-wide cap-and-trade program in the world, in what many have deemed a grand experiment . Many people watched nervously as the market unfolded, despite California having applied the lessons   learned from the growing pains of the EU ETS and from six years of crafting the market rules in consultation with the state’s – and the world’s – leading experts. Results from the first and second auctions eased those initial fears and today’s results continue to affirm the presence of a strong and viable market. That’s good news for California. Auction Results The third auction held on Thursday, May 16 th offered 14.5 million 2013 allowances for sale and 9.56 million 2016 allowances. So, what happened? Summary Allowance year Allowances offered Allowances sold Settlement price 2013 14,522,048 100% $14.00 2016 9,560,000 78.6% $10.71      Participation: Overall participation was high, with almost 1.8 times more credits bid on than were sold. A diverse array of 81 entities were approved to bid in the auction. Current (2013) vs. Future (2016) vintage allowances: All of the 2013 allowances sold, while almost 80% of the 2016 allowances sold, an indicator that there is solid confidence the program will still be around. Entities are keeping their options open in not buying all available allowances for use three years out, which makes sense given the multiple options for achieving compliance. Clearing price: As expected , the clearing price for 2013 allowances was high, settling at approximately 30% above the auction price floor of $10.71. Because 2016 allowances did not sell out, their clearing price remained at the floor of $10.71. Auction proceeds: By selling more than 10 million state-controlled allowances, California’s third auction raised over $117 million – that will be used to advance the goals of AB 32, to reduce climate pollution. The budget is still being finalized for this year, but at least 25% of the auction proceeds (or $64 million to date) must benefit disadvantaged communities. Three Reasons the Momentum Is Here to Stay California’s program is proving to be a strong model for replication elsewhere : Others are watching California’s program closely. In a short period, a price on carbon has been established, all credits at the first three auctions were sold above the floor price, and most importantly, we have begun the process of breaking California’s dependence on fossil fuels and seen a decrease in carbon emissions. Next year, Quebec will link with California’s market – a first step towards a broader carbon market, and potential blueprint for other states and provinces to join the program. Innovation : Smart companies are innovating to reduce their emissions. For example, Kroger Company uses an anaerobic digester in Compton, California to convert spoiled food to energy , generating 13 million kilowatt-hours of electricity a year. Unleashing this type of innovation accelerates the clean energy revolution and puts us further along the path to meeting the state’s aggressive climate goals. Future Leadership : Today, EDF kicked off its sixth year of EDF Climate Corps , an innovative fellowship program that places grad students in companies, cities and universities to identify energy savings within those organizations. This year, 116 graduate students will be working in over 100 organizations this summer — 19 in California — including Apple, Adidas and the Los Angeles Community College System. Many of the alumni continue the work they do in corporate, public and non-profit spaces to address the largest environmental issue of our time. As Van Jones said at the Greenlining Institute Summit recently, “Young people are fighting for us.” We have solid reasons to be optimistic about California’s carbon market, and the continued growth of the clean energy economy. The skeptics aren’t staying silent, but their case is losing steam. After all, facts are facts, and for Emily Reyna is the Senior Manager of Partnerships and Alliances for California’s Climate & Air team in the San Francisco office. In this role, Emily is responsible for engaging and forging common ground with businesses and other key stakeholders to further EDF’s work on implementation of California’s Global Warming Solutions Act (AB 32). Emily previously worked in EDF’s Corporate Partnership’s Program on EDF Climate Corps , an innovative program that places specially-trained MBA and MPA students in companies, cities and universities to build the business case for energy efficiency.California, today’s auction results proved once again the numbers are on our side. Taylor Scott International