About Sharjah: A hub for tradition and culture 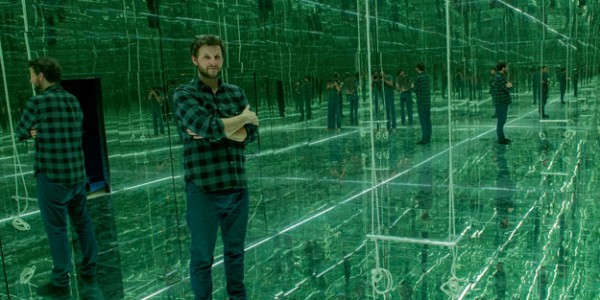 About Sharjah: A hub for tradition and culture Lily B. Libo-on / 4 May 2013 Picturesque outdoor gardens and architectural spaces, superb musical and film performances are painting artistic footprints in Sharjah’s traditional buildings and courtyards. Visitors from around the country to the Sharjah Art Foundation in Al Mureijah, Calligraphy Square, Bank Street and Arts Area in Al Schuweiheen have found something new in this year’s 11 th Biennial edition. Emirati couple Ahmed and Fatima Al Mehairi say the scenery is giving a new story to the emirate. “The old courtyards of the traditional buildings are shaded with the palm trees in the open oasis where families can gather together in open areas. My kids, Mariam, 10, and Ali, 7, enjoy an afternoon running around the palm trees,” Ahmed said. Going to the Art Spaces, the Kawali song recorded during the performance of the 32 Pakistani singers, who came all the way to Sharjah on the opening day of the 11 th Biennial in March, continue to reverberate in the air. Along Bank Street, an open space littered with the favourite things from different countries is reminding people of their homes. “We ask the people around what do they miss in their countries, and (some) say huts, while others think swings in the park, and others believe the mountainous terrain. So, we have put them together in one place we call ‘The Bank’ for people to bask in the memory of their homes,” said spokesperson Maitha Al Jassim. A section called Art Spaces, where the wall sculpture, mirror and reverse glass painting of artist Monir Shahroudy Farmanfarmain are hung around the walls, fills people with a sense of something new. One of the more unusual art installations on show at this year’s SAF is the Infinite Rock created by German artist Thilo Frank. The room is made up of mirrors and lights and allows one viewer per visit. Under the theme, ‘Re-emerge Towards a New Cultural Cartography’, the Biennial of the Sharjah Art Foundation (SAF) continues to show an extensive programme of music, performances and film screenings through to May 13. Film screenings programmed by Tilda Swinton, Jean-Pierre Rehm, Ali Jaafar, Steve Anker, Khavn De La Cruz, Alcino Leite Neto, Mehelli Modi and Apichatpong Weerasethakul take place each weekend at Mirage City Cinema, an open-air architectural space designed by Weerasethakul and Ole Scheeren for the Biennial. Tarek Atoui’s sound composition ‘Within’ unfolds throughout the Biennial with several performances in each movement, progressing spatially from areas around the city to the Biennial sites. It is staged outside where the audience is close to the performers. Another project called Tacet — an investigation into how deaf people understand and perceive sound — inspired Atoui to write ‘Within’ as a chain reaction of rhythmic and plucked pulses, silent and emic ones. On May 9, Atoui and students from Al Amal School for the Deaf will perform their composition ‘Below 160’.  Hassan Hujairi will perform Music for handmade electronics, laptop and electric oud that is the final movement of ‘Within’ on May 10. On the same day, during the final week of the Biennial, German-Iraqi chamber music ensemble Lagash will perform music drawn from the centuries-old Maqam tradition, a melodic system in classical Arabic music that is based on specific note combinations. This Biennial’s Japanese curator Yuko Hasegawa reconsiders the relationships between the Arab world, Asia, the Far East, through North Africa to Latin America. SAF’s five new multi-functional art spaces in the Sharjah Heritage Area are all a picture of Sharjah’s culture, tradition, music and art as expressed in the art pieces, outdoor exhibitions and installations of over 100 artists in the local, regional and international levels. Al Jassim says outdoor film screenings happen every weekend at 8.30pm. lily@khaeejtimes.com Taylor Scott International