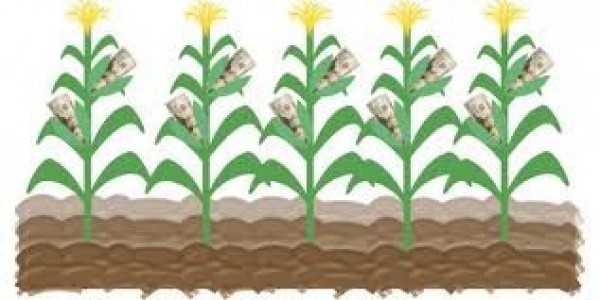 By Todd C. Elliott todd.elliott@eunicetoday.com Louisiana is following the trend up when it comes to farm land values. Mike Strain, commissioner of agriculture and forestry, said that soaring land values determined by a survey conducted by the Federal Reserve’s Eighth District of its members’ agricultural lenders should mirror Louisiana’s quality farmland value with an increase in value for the third quarter of 2013. “Louisiana land values are following the trend,” said Strain, citing a Delta Farm Press article on how farmland values rose in the second quarter of 2013. “In the next 50 years, we will need every acre available for agriculture. It will be far more economically viable as productive farmland (instead of being developed into something else). Just look at the prices of farm land today. From 6-20 thousand dollars an acre already.” According to the Agricultural Finance Monitor – which is a published report from the Federal Reserve Bank of St. Louis – quality farmland prices average $5,672 per acre in the second quarter of 2013 in that district. The latest average shows a value growth of more than 20 percent since the start of 2013. Strain said that even though Louisiana is listed in the Federal Reserve’s Eleventh District and the Federal Reserve’s Sixth District, the findings and speculations of the Eight District – which is the Midwest states including Arkansas and parts of Mississippi, Tennessee, Kentucky and Missouri – should ring true for Louisiana. “With rising farm values, both in crop value and net farm equity, further reflected in the value of land, what we now see is an ever-increasing desire to hold onto the land and increase production,” said Strain. “Furthermore, I believe land values will continue to increase relative to the value of its agricultural productivity.” Whether land is more valuable in its traditional agricultural use or in development for housing or other enterprises is a question owners will continue to wrestle with. According to recently published statistics from the Farmland Information Center website, Louisiana is seeing a rise in farms state wide. In 1997, there were 30,425 farms in the state. It dropped to 27,413 in 2002 only to rise to 30,106 farms reported in 2007. With the number of rising farm totals, there is a rise in the number of farm acreage, according to farmlandinfo.org. Much like the statistics for the number of farms, Louisiana farms saw a total of more than 8.3 million acres in 1997– which saw a dip to nearly 7.8 million acres in 2002 before rising to more than 8.1 million acres reported in 2007. The bottom line value of the land and the farms saw a significant increase in the amount of Louisiana agricultural products sold. With more than $2.1 billion in agricultural products reported sold in 1997, the 2002 numbers drop to more than $1.8 billion before climbing to more than $2.6 billion reported in 2007. Read more: EuniceToday.com – Farm land values still on the rise Taylor Scott International